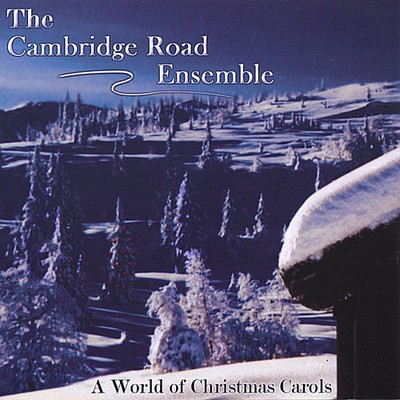 The Cambridge Road Ensemble Kurt Heinecke Keyboards, Trumpet, Recorders, Irish Whistles, Wind Controller, Valve Trombone, Lap Harp, Percussion, Programming Kurt's background provides a broad range of musicianship. Beginning with trumpet and piano at an early age and later adding voice and electronic music to his studies, Kurt received his B.A. in Band and Choral Education at Luther College, Decorah, Iowa. He has toured professionally, taught general music in the Bahamas, and been a band director and director of church music. Currently he is the Director of Music for Big Idea Productions, creator of the VeggieTales video series, which has sold 50 million videos, 5 million audio units, and is currently working on their second full-length feature film, 'The Pirates Who Don't Do Anything.' For his work as a producer, writer, and arranger, he has been awarded 6 Dove Awards (Gospel Music's equivalent to the Grammy), and numerous gold and platinum albums. Paul Heinecke Trumpet, Piccolo Trumpet, Cornet, Fluegelhorn, Guitars, Recorders, Mountain Dulcimer Paul started his musical training on piano and then switched to trumpet at age 10. In high school he also became an avid guitarist. Upon graduation from Concordia College, River Forest, Illinois in 1976 he was hired as a Director of Bands for Luther North High School in Chicago. In 1980 he and Ruth moved to the Madison, Wisconsin area to start his fund raising business. As an active Madison area freelance musician, Paul performs with various brass ensembles, orchestras, bands, and jazz groups. He is a featured soloist and ensemble member on two All That Jazz Big Band CDs and three Wisconsin State High School Honors Concert recordings. He also served as the Trumpet Section Leader for the Wisconsin Ambassadors of Music 2000, 2004, and 2006 European Tours. He is currently the Director for All That Jazz Big Band, the Mount Horeb Community Band, and Verona Area High School Jazz 1 and Jazz Too Instrumental Ensembles. Mark Heinecke Flute, Alto Flute, Piccolo, Ocarina, Clarinet, Bass Clarinet, Soprano Saxophone, Alto Saxophone Mark began his musical training on piano and moved on to flute at an early age. He actively pursued jazz through flute and saxophone while in college. He graduated with a B.A. in Education from Concordia College, River Forest, Illinois in 1974. He has completed advanced studies in English, Norwegian, and Music at the University of Oslo, Norway where he received his degree in 1984. Mark currently teaches Flute, Clarinet, and Saxophone at two Schools of the Arts in the Oslo, Norway area, and remains active as a player, performing in churches and festivals throughout Norway. Ruth Heinecke Piano, Keyboards Ruth was proficient at the piano at an early age. At age nine, she was named the youngest organist in the United States in the Lutheran Church Missouri Synod. Studying piano, voice, organ and percussion in college, she received her B.A. in music and education from Concordia University, River Forest, IL. Ruth currently maintains a private piano studio, serves musically at her church, teaches preschool music, and has continued graduate level piano studies through the University of Wisconsin, Madison. Ruth is a popular accompanist and piano adjudicator throughout southern Wisconsin. In 2004 and 2006, Ruth served as accompanist for the Wisconsin Ambassadors of Music European tour. In the Madison Area Piano Teachers Associated, she is the chairperson of Performers Supporting Performers. Joining the Cambridge Road Ensemble on A World of Christmas Carols are Paul and Ruth's sons - David Heinecke on bass guitar and horn, and Luke Heinecke on classical guitar and percussion. On Expressions of Christmas, we hear Luke Heinecke on classical guitar, and Kurt's daughter, Gretchen Heinecke, on horn.

Here's what you say about
The Cambridge Road Ensemble - World of Christmas Carols.