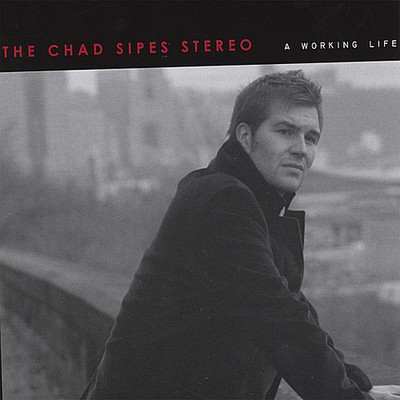 Formed in Pittsburgh, Pennsylvania in early 2005, The Chad Sipes Stereo was built around the vision of second-generation contractor Chad Sipes. He set out to form a band that embodied what he was experiencing in his everyday life; the wind in his face, the sweat on his brow, the mud on his boots, and the beauty of the world from high atop a ladder. It is this unique worldview that is the creative force behind The Chad Sipes Stereo. The sessions for A WORKING LIFE began in March of 2005 at STUDIO L in Weirton, West Virginia. While many bands at the time were recording fashionable "live in-studio records" and going for a raw sound, Chad had another approach in mind. "What I set out to do," he said, "was to record a studio album. A layered and slick studio album." To achieve the sound he was looking for, Chad would have to play many of the instruments himself. He tracked acoustic guitars, vocals, mandolin, fiddle, electric and upright bass, flute, and piano. "I am so much like my father in that respect." He said. "A true do-it-yourselfer. I was taught that if you can't do something yourself, it's not worth doing." He also enlisted session musicians Deak on drums, and Richard Hirsch and Erik Cirelli on guitars. Over the next year, while working on the album, (and between house renovations) he formed the live version of The Chad Sipes Stereo. With Erik Cirelli on lead guitar, Paul Smith on drums, and Tommy Wolber on bass, the band was now solidified. They quickly carved their identity as a no-nonsense, roll-up-your sleeves-and-play rock and roll band. The Chad Sipes Stereo now boasts one of the most intense and urgent live shows around. The songs on the album are identified by Chad Sipes' unmistakable voice. Powerful and dynamic, his voice gives credibility to his stories of the glory and frustration that we all face while living "A Working Life". His hooky, radio-ready pop anthems are what make this album and this group so exciting. With their debut album now complete, The Chad Sipes Stereo clearly has a lot to look forward to.

Here's what you say about
Chad Sipes Stereo - Working Life.