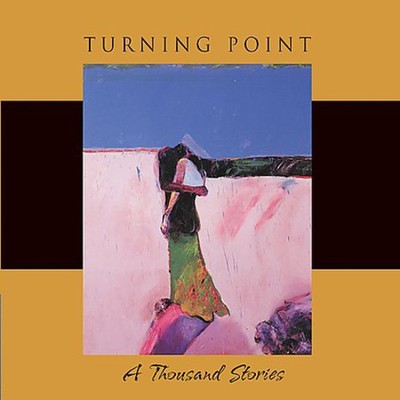 ABOUT TURNING POINT Turning Point is an instrumental jazz group based in Phoenix, Arizona. The idea for the band was conceived by the guitar and bass duo of brothers Thano and Demitri Sahnas. When the two met drummer/percussionist John Herrera and keyboardist Steve Culp on separate gigs shortly after, Turning Point was formed. The goal was simple: play the kind of instrumental music that they would listen to. With four albums of original material, a live CD and DVD, and a Christmas record, that simple concept has become a cottage industry that keeps Turning Point on the road 150 dates a year and has sold 50,000 records independently. 'We're a bunch of 80s rock players playing instrumental music in a smooth jazz format. We try to go as far outside the box as we can,' said Thano Sahnas. That attitude has allowed Turning Point to share the stage with some of the greatest names in smooth jazz and R&B such as Earth Wind and Fire, The Commodores, James Brown, Boney James, Craig Chaquico, Bobby Caldwell, Earl Klugh, Gato Barbieri, Spyro Gyra, Warren Hill, Rick Braun, Peter White, Richard Elliott, Brian Bromberg, Kim Waters, The Rippingtons, Down to the Bone, Michael McDonald and many others. THE BAND Steve Culp -keyboards John Herrera - drums/percussion Demitri Sahnas - bass Thano Sahnas - guitar WHAT THE PRESS SAYS 'A top notch CD with unique stylistic changes. Who cares if you've never heard of these guys? This disc is great!' -- Smooth Jazz News '...Exploring the far reaches of the smooth jazz genre...a well rounded sound that will keep jazz fans at rapt attention through repeated listenings.' -- Tucson Lifestyle '...dives right into many different styles of jazz, giving us some Latin influences, high energy eclectic pieces and creative instrumentals.' -- Today's Arizona Woman.

Here's what you say about
Turning Point - Thousand Stories.