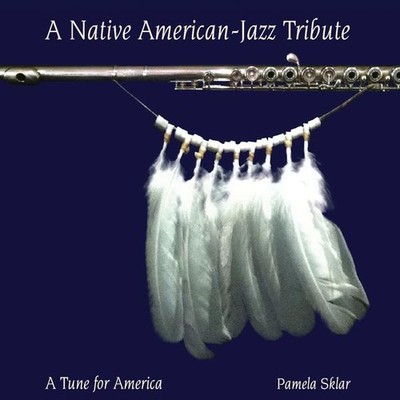 This is Pamela Sklar's debut CD which features her flute playing, along with other talented colleagues on many different instruments. Co-featuring chamber music of mixed styles, this is Pam's tribute to Native American cultures. The spirituality and sheer beauty of Native American flute music and cultures has inspired Pamela to compose and perform this music. Described by The Boston Globe: 'Sklar, a master of control and dynamics, conjured up delicious imagery...rich, pure sound', and by The New York Times as 'stimulating...engaging...piquant...delightful', Pamela Sklar performs on flute, multiple alto flutes, bass flute & piccolo. She can be heard on recordings for many other artists including Tony Bennett, Paul Simon, Celine Dion, Diana Krall; for feature films and commercials. As solo flutist, she has performed extensively throughout the USA, Canada, Mexico, Morocco, France, Italy and Japan with various artists including French pianist and crossover composer Claude Bolling. Other career highlights include appearances with Dave Brubeck, Alan Hovhaness, Boyz II Men, orchestras for The GRAMMY Awards and Songwriters Hall of Fame Awards. She enjoys collaborating with various other artists and composing for mixed winds, strings, percussion and flutes-from contrabass flute to piccolo. Born into a family of professional musicians Pamela began playing flute when she was five years old. Influenced by family members and other musicians who created and performed classical, jazz, experimental theater and rock music, she first began composing as a child, played classical and rock flute as a teen and became infatuated with playing chamber music in college. She studied at Manhattan School of Music prep division while in high school and received her Bachelor of Music degree with honors from Mannes College/The New School for Music in NYC. Her compositions are commissioned by/written for her colleagues and other groups. Pamela Sklar's newest original CD Silver Pharaoh (released by MSR Music) features her playing flute & bass flute with colleagues & co-features unusual & unusual combinations of instruments including Egyptian harp, fretless bass, percussion, contrabassoon, viola, bass clarinet & organ.

Here's what you say about
Pamela Sklar - Native American-Jazz Tribute.