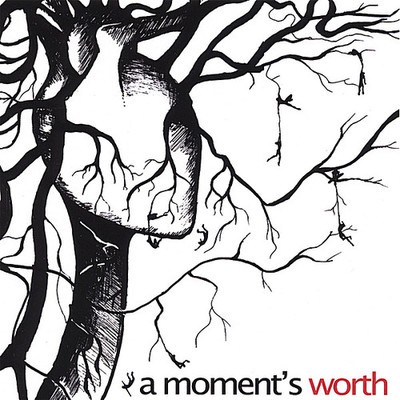 Let's get right to the point. We are five best friends that grew up together in the Bronx, NY and started a band because we love music. We've kept it going for almost a decade because it's developed into so much more. Still interested? Keep reading and I'll tell you who we are, how we began, and where we're going. Speaking for all of us, we've been through a lot that has influenced us, both as people and musicians in our 23 years of life: moving across the globe, losing people we love, being far from our families, and even the exhausting struggles of everyday life. A Moment's Worth is the emotional outlet that kept us sane through these rough times. Our songs always helped us to take on our problems and keep a perspective of what's most important: growing as friends and individuals. So, in a lot of ways, this band is about much more than the music-it's a vital expression of our lives, a 12-year friendship, and an ongoing journey. So where did this journey begin? In Catholic School -fifth grade, to be exact, when Anthony (guitar), Frank (drums), and I (Alex, vocals / guitar) began our friendship. Through the years of strict discipline and being bullied (for mushroom haircuts, pre-pubescent awkwardness, my Russian accent, and most importantly our shared love for punk and rock music), we grew close as outcasts. At 15, we started the prototype 'garage band'-literally playing in a garage on garbage cans. Lacking formal training, we had our first show at an annual Bronx festival. Chris, our best friend (1999 - the end of time) and former bassist (1999 - 2005), played with us that night. Despite the uncoordinated cacophony that we produced, the one element that initial performance did not lack is the same one that drives us to this day: passion. Being from the Bronx, we knew how to hustle (it must be something in the water). And it was time to do just that. Inspired by the larger-than-life energy of bands such as Green Day, Goldfinger, and NOFX, we practiced every day-sometimes twice a day and scribbled lyrics on anything we had handy. With time, our out-of-tune-chord-feedback-can-banging developed into our first album "Ironic Last Words,' which was self-released in 2004. We played every place that would book us: Sweet-Sixteen's, benefit shows at local hospitals and universities, shows at legendary venues such as CBGB's and The Knitting Factory, and always with our hometown scene-The Bronx Underground. We sold over 3,000 copies of our CD at these shows and the response we were getting blew us away. We knew that we were on the road to living out our dream. But it couldn't have been that easy. We hit a few roadblocks along the way. Being an independent band means paying for everything out of pocket. Including our equipment which was robbed one night costing us thousands of dollars to replace-money we didn't have. On top of that, the local music scenes were changing trends, so it was becoming harder and harder to book a gig. The most devastating blow, however, came in 2005, when Chris decided to leave the band for professional reasons. We thought it was over (and yes, we cried). But then, as if by the hand of Fate, our high school edition best friend Johnny agreed to be our new bassist, 'even if [he] had to play on a rubber band.' Johnny was a great addition creatively and musically. Shortly thereafter Nicola, our friend/producer/engineer/fixer-of-all-things, joined as an additional guitarist, solidifying our sound and current line up. Together we wrote, recorded, and released our latest full-length album, "A Moment's Worth,' a matured continuation of our ongoing story. In short, we are A Moment's Worth. We play rock, pop-punk, and what we feel speaks best for us in a song. We don't claim to be anything but ourselves. We are, however, real people who pour every ounce of ourselves into our songs, in hopes that you will take our music and make it your own. Reviewers have said: 'A Moment's Worth 'shows musical diversity uncommon to bands of their rock/pop/punk genre. [They] blend comforting, melodic piano and vocal harmonies with thoughtful introspective lyrics...Kudos to A Moment's Worth for stepping out of their comfort zones and putting their hearts on their sleeves.' -sidehatchentertainment.com 'When you listen to A Moment's Worth, you can tell that they have a passion for music...I see them getting bigger and bigger as time goes on.' -urbanmainstream.com 'A band that has made quite the name for itself in the Bronx and surrounding counties...thoughtful lyrics and melodies that are far more interesting than the 'run of the mill' bands who claim the same genre.' - The Fordham Ram.