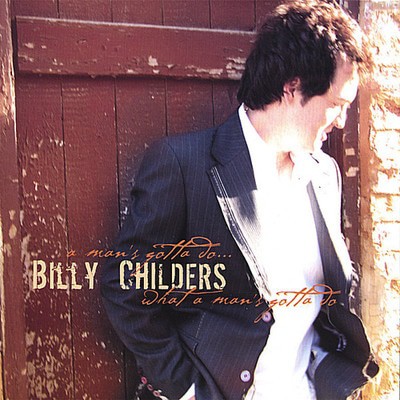 Raised in the piedmont region of western North Carolina, Billy grew up surrounded by the sounds coming down off the Blue Ridge Mountains that cut a winding trail between Charlotte and Nashville. That music dominated the soundtrack of his childhood and etched a permanent impression on his creative sensibilities. Although his love of that music remained constant, the whining pedal steel guitars and plucking banjos would begin to play second fiddle to the screaming guitars and funky synthesizers of hard rock as he entered his teenage years. During those years he found himself living a double-life: on the one hand, it was made up of late night jam sessions in numerous garage bands with the group of long-haired metal heads he'd befriended; on the other hand, it was marked by many a Saturday afternoon mixing it up on the gridiron with his other group of buddies - the helmet heads. After a sidelining injury in high school, Billy began to ponder what the next handful of years held in store. After deciding that his football days had run their course, the options of future pursuit included college, more music and preparing for a more involved role in a small family business enterprise. A whole new adventure began for Billy when he moved to Chicago to study music and business. It is there where he connected with a group of like-minded musicians who, together, have been formulating distinct country-rock sounds through a blending of the genres and styles of their early musical influences. For the last several years they have roamed the Chicagoland area refining both their sound and their electrifying stage show in countless dive bars, hole-in-the-wall honky-tonks, suburban park districts, prominent dance halls, small and large county festivals and fairs - including the Chicago Country Music Festival which kicks off the annual Taste of Chicago, where Billy has been a featured artist for the last two years running. Upon completion of his studies in the spring of '06, and after a busy summer tour schedule that year, it was off to Nashville to focus on his latest work entitled 'A Man's Gotta Do...What a Man's Gotta Do'. The origins of the team that contributed to this new material began with a friendship and musical partnership forged between Billy and Mike Peters. Mike has played a vital role in helping to put together a creative group of writers and musicians, and has been an important influence in crafting their musical direction. Another critical partner in this budding alliance is Mike's longtime friend, Rob Martucci. An accomplished pianist and arranger, as well as an incredible songsmith, Rob is contributing greatly to the formulation of a signature sound with respect to the developing body of music that is being produced by this team. Another key element in the dynamic chemistry that was achieved on this recording is the friendship and working relationship that Billy and the band have been fortunate enough to develop with Rodney Good and Jamie O'Neal. The contributions they made, creatively and in so many ways, enriched this collaboration and brought out the best in all of those involved. Billy is also grateful to the other musicians and writers who are contributing their talents to what's been started: Mike Aquino, Dave Benziger, Rodney Briggs, Todd 'TC' Carlson, Mike Denning, Don Devereaux, Curt Goad, Ray Hacker, Harry Harless, David Jecka, Karen McNamara, Dan Pitney, Troy Powers, Scott Randall Rhodes, Jessica Rae Skillicorn, Ilya Toshinsky, Barbara Wilkinson and Sonya Wood. Stay tuned for more from Billy and his fellow music junkies who are busy at work churning out more songs that aim to reach deep inside and stir the soul.