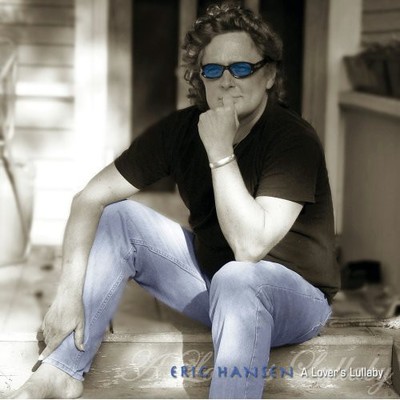 Eric might as well have a campfire on stage. The warmth and intimacy of his songs and performance style embrace every person in the audience. Stephen Seigel (Tucson Weekly) writes: '...His trademarked earnest-in-a-time-of-irony-songwriting.' His body of work includes whimsical songs about frogs and baby geese, passionate songs about love lost and love found, playful adult songs with a groove and sexy slant and inspirational songs that ask human beings to build a bridge of hands in cooperation. His performances have made grown men cry and children adore him. There is a sense of humor both in the guitar work and the sensibility of this sensual and thoughtful man. The first thing you notice is his voice, which combined with intense and confident guitar playing, makes for a rich and exciting musical experience. Originally from Highland, Indiana, Eric began playing guitar and singing at family gatherings at the age of nine. He played in Chicago coffee houses throughout his teens, and then studied guitar, voice and musical composition at Chicago Musical College, where he stumbled upon the theater department. He spent four years as both songwriter and performer with Chicago's Free Street Theater, then 17 years in New York working in musicals, plays, radio plays, commercials, soap operas, cabaret and nightclubs. Eric has sung in concert halls, tunnels, theatres, prison, churches, hockey stadiums, mental institutions, sidewalks, hospital beds, on the phone. CDs available: Eric Hansen/Lucky 1997, Real Slow 1999, Hero In The Dark 2001 Nobody Knows music for Kids of all ages, shapes and sizes 2001 Silver City Women's Detention Center, Tumbleweed Festival, 2003 Daft Tour/Germany, 'Music to Life' Award presented by Noel and Elizabeth Stookey, Stone Soup, 1999 Kerrville New Folk finalist, Phoenix, Tucson and Prescott Folk Festivals. 1998 Back Stage Bistro Award for Outstanding Songwriter and 1999 for Outstanding Song. Here are some of the venues Eric has played across the U.S. from California to Maine: Stone Soup, Black Rose Acoustic Music, House Concerts, Fast Folk Café, Unity Churches, Texas Firelight Theater, The Bluebird Café, NYC area hospitals for HAI, and The Living Room. He's performed in three showcases for ASCAP. Eric can be heard on various jingles in Tucson. He is a member of the Folk Alliance. Mission Statement My mission is to provide quality music to audiences of all ages: Music that is entertaining, beautiful, uplifting and inspiring. Eric happily resides in Tucson, Arizona.

Here's what you say about
Eric Hansen - A Lover's Lullaby.