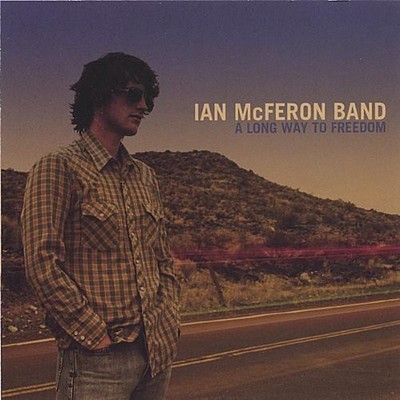 Ian McFeron formed his band in January of 2003 to record his debut album, 'Don't Look Back,' and has since released his sophomre record 'A Long Way To Freedom' (2005). Starting out in small Northwest pubs and bars, the band's immense talent was quickly discovered by Seattle radio giant KMTT 103.7 'The Mountain.' Within months of the formation of his band, McFeron's first single, 'Love Me Twice' stormed the airwaves on KMTT's 'New Music Throwdown' competition, beating out releases by Modest Mouse, Bob Schneider, The BoDeans, and Ray LaMontagne in the station's listener polls. With such radio successes, the Ian McFeron Band would go on to share the spotlight with international and national artists such as Nanci Griffith, Jars of Clay, Julia Fordham, and Carbon Leaf. Much of the group's rapid and steady ascent can be attributed to their unique sound which is a blend of musical influences ranging from acoustic rock to folk, from alt-country to gritty blues. Ian McFeron (Vocals, Acoustic Guitars, Piano) is a lyrical singer/songwriter in the tradition of such folk greats as Bob Dylan and Paul Simon, and contemporary favorites Ryan Adams and David Gray. Accompanied by the Texas fiddle of Alisa Milner, the bluesy fingers of Chris Williams (lead guitar) and the back-beat rhythms of Todd VanSelus (bass) and Mark Bateman (drums), the band's unique groove-based acoustic rock, alt-country and blues sound combines the dynamic charisma of the early Beatles with the raw live passion of the Dave Mathews Band.

Here's what you say about
Ian McFeron - Long Way to Freedom.