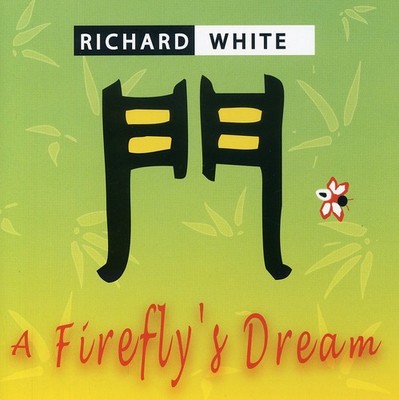 I began playing the guitar at age 12, after talking with my Mother about taking up an instrument. I wanted to play bass, like my older brother Sonny, but she said how much easier it would be for me to play and sing songs with a guitar, so I took her advice. In high school down in Corpus Christi, Texas, and later in the Richmond, Virginia area, I played in some acoustic bands and worked on my song writing skills. But after marriage and starting a career as a computer programmer, I didn't do much with my music for a long time. Two things got me back into the guitar. The first was a little device called the Third Hand Capo. This capo has six rubber wheels, allowing each individual string to be capoed as you want. I experimented with this, and came up with some new instrumental tunes (Texas Suite and Casa Rio). I worked and reworked these two songs for a couple of years. I finally booked some studio time and recorded these tunes in the Summer of 1997. The next event that 'woke up' my guitar interest was when my friend Don Van Gorden introduced me to the music of acoustic guitarist Michael Hedges. By the time I first heard Hedges, he had already been killed in a car accident in California. Michael's amazing work helped open up the instrument for me. I studied his many alternate tunings, and starting my own experiments into this area. Before long I was composing new songs, using a variety of tunings. I found a great description of 'exploring tunings', and the song writing process written by Windham Hill founder and guitarist Will Ackerman. Like Mr. Ackerman, I have only a 'light' understanding of music theory. When I read his remarks, it was like the contents of my own mind were being shown back to me. Here is the quote: 'The point of open tunings for me is to eliminate intellect from the process of writing. In having a new tuning in front of me, I have no choice but to explore this new landscape in a very improvisational way. The process becomes one of discovery rather than composition and relies more on emotion than intellect. This is not a value judgment by any means; as a self-taught player who is completely non-academic, I feel some embarrassment at being so ignorant. On the other hand, from time to time I achieve my goal of writing music that is honest and communicates emotion effectively and I'm really quite content with that objective and role.' Other than the 'feeling embarrassment' part, this was just as if I had written it myself. My first CD is called 'A Firefly's Dream', and was recorded in expert fashion by Bill McElroy at his Slipped Disc studio in Ashland, Virginia. Work on this project began in the Summer of 2000, with George Maida of Richmond's WCVE/FM as my producer. George had great ideas about how to arrange and produce my songs, and I will always be in his debt for lending his deep knowledge and rare musical talents, to my project. Kevin Beale, my musical friend, has provided the foundation of many of the recordings, and what can I say about a guy who seems to be able to play everything well! He is a solid musical talent and a great guy to hang with.

Here's what you say about
Richard White - Firefly's Dream.