Tiffany Meier - Dream from the Heart 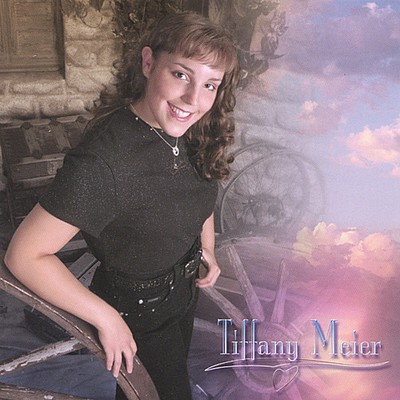 'A Dream From the Heart' is Tiffany's debut album. The mix of her pure vocal sound along with simple instrumentation make the perfect combination. Described as heartwarming and easy listening, let Tiffany warm her way into your heart. The album consists of some country classics including 'I Will Always Love You,' 'She's Got You,' and 'When You Say Nothing At All,' along with some country rock tunes including 'The Yodelin' Blues' and 'Wrong Night.' Your music collection is not complete until you own a copy of 'A Dream From the Heart.' Tiffany Meier, a Fargo, North Dakota native, has been singing for as long as she can remember. As a youngster, any spare moment she had was spent in song. Her Eastern North Dakota upbringing provided the perfect balance of country life and city life. This combination allowed Tiffany to enjoy the subtleties of life, while simultaneously having the opportunity to follow her dream. Tiffany began performing in public at age four, when she performed in a local pageant talent competition. Since then, she has gone on to grace the stages of county and state fairs, area pageants, conferences, and festivals. Tiffany is also noted for her rendition of the Star Spangled Banner, which has been described as none other than 'spine-tingling.' Though Tiffany focuses on country music, she enjoys listening to music of all kinds, and entertaining in a variety of venues. She draws from several musical influences to further inhance her own singing style. In 2002, Tiffany released her debut album, 'A Dream From the Heart.' In December of 2004, Tiffany released her second album, 'The Joy of Christmas.' Since age four, Tiffany Meier has traveled many miles and sang many songs, and loved every minute of it! Her stage presence and pure vocal talent make the perfect combination in performance. Her comfort level is at it's peak when she has a microphone in hand and she is standing on stage performing.

Here's what you say about
Tiffany Meier - Dream from the Heart.