Pale Nudes - Wise to the Heat 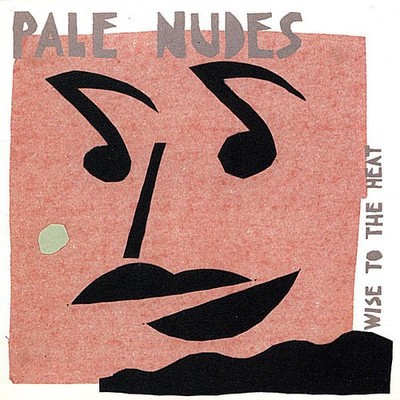 Pale Nudes recorded this CD in Seattle in April, 1994. The recording was engineered by Bob Meador, and mastered at Hanczek Audio. The CD was released on RecRec (Zurich) in 1995, and on Spoot Music (Seattle) in 1996. It features Amy Denio on voice, accordion, alto sax & some guitar, Wadi Gysi on guitar & voice, Mich Gerber (CH) on contrabass, and Will Dowd on drums, with Eveline Mueller drumming on Duplex Nursing Home. A Short History: Denio & Gysi started playing together in 1993, with British drummer Chris Cutler rounding out the trio. They toured every 6 months in the (ec) Nudes, and played the Victoriaville Music Festival in the ice stadium, a nice experience for Wadi, who is a former ice-hockey star. They added Bob Drake on bass. In 1994 they performed in an independent rock festival in Belo Horizonte, Brazil - Amy brought the only accordion to the festival. The Fugazi guys were really sweet there! They reformed the group in 1995, touring the US West Coast with Swiss drummer Eveline Mueller, and finally chose Seattle drummer Will Dowd to be on the throne. Another Short History: The night this recording was finished, Mich absent-mindedly placed his precious classical bow in it's cardboard case on top of the station wagon, forgot about it, and later the station wagon drove off. As the car turned, the bow came flying off in the middle of the dark intersection, and before long the bow was smashed to smithereens in the damp street. Mich came back to Zurich the next day, and was tired after the tour. Finally after a week he opened up his bass case - to find the neck board had snapped off. Things are going much better for him now! Contact: amy at amydenio dot com.

Here's what you say about
Pale Nudes - Wise to the Heat.