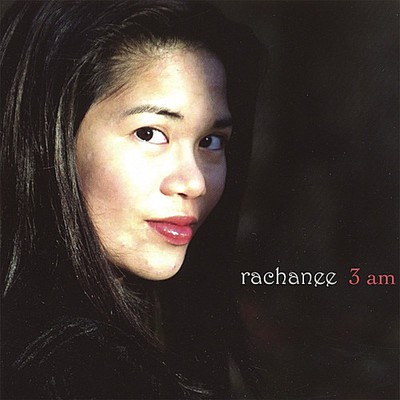 Life-changing revelations can come at odd moments. For singer/songwriter Rachanee, it was during a job interview. Unable to choose between pursuing a career in music or a career in photojournalism, her mentor and interviewer Nancy suggested she flip a coin to decide which one to focus on for a year. 'But,' Nancy warned Rachanee, 'picking one means completely giving up the other. So if it comes up photography, you stop writing songs, you quit the band, you put away your guitar... are you ready?' Rachanee replied, 'Don't flip the coin.' And that one little decision sparked the pursuit of a dream. Rachanee has been compared to 'Michelle Branch [and] Christian artist Jennifer Knapp, [with] a voice that can sound like Natalie Merchant' (Noise, Oct. 2003). Her music has a guitar-driven folk/rock feel; her heartfelt lyrics appeal to any audience. Though Rachanee just came on the independent music scene in 2003, she hasn't been idle. That year, she released her EP 'Chosen Path,' which she wrote, distributed and co-produced. In 2004 she released her first full-length LP, 'Ordinary Girl.' She has been featured in the Lansing (MI) State Journal, in the Noise (a Lansing, Michigan weekly newspaper), on WILX-TV 10 in Lansing, and on WXYZ Channel 7 in Detroit, MI. Songs from her 2004 release 'Ordinary Girl' are being featured on College, AAA, and Christian radio stations around the country. The title track, 'Ordinary Girl,' debuted at #11 on KTLF in Colorado and went to #1 for three consecutive weeks on WPFF in Michigan and Wisconsin. 'Here with Me' from Rachanee's current album 'Ordinary Girl' was named Best Contemporary Christian Song for the 2006 Independent Music Awards. Another song from her debut album, 'From Here,' placed second in the 2006 Great Lakes Songwriting Contest. Rachanee is comfortable in any venue, having played in various bookstores, churches, clubs, bars and coffeehouses around the country. Touring constantly to support her two releases, she plays live either solo or as part of a duo, with her husband on percussion. She has appeared on ('Tuesdays with Morrie' author) Mitch Albom's nationally syndicated radio program. She has also opened for national acts such as Warren Barfield, former Caedmon's Call member Derek Webb, Paul Wright, and Brian VanderArk of the Verve Pipe.