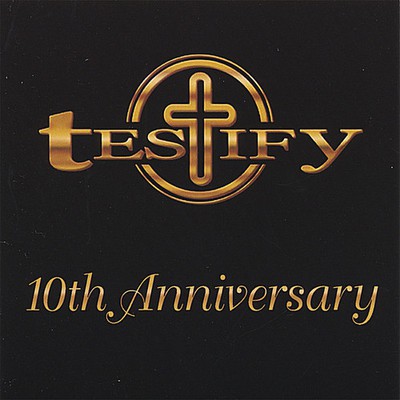 Taking the command and promise of II Timothy 1:8-9 to heart, TESTIFY is doing just that: testifying to what God has done in their lives and what he can do in the lives of others. Believing that obtaining salvation is the most important decision anyone can make, TESTIFY wants to do all it can to make sure everyone they meet knows the importance of that decision. Feeling the call of God on their lives to minister to the hearts of people, Brent and Kenneth Swanner formed TESTIFY in February of 1995. Landon Thompson joined TESTIFY September 25, 1999. TESTIFY is a full time music ministry dedicated to carrying out the call God has on their lives. TESTIFY comes to you with a servant's heart, making no demands. Giving the Lord their heart, mind, body and soul, they are, 'Ready to Serve.' TESTIFY can be found in churches from Massachusetts to Denver. TESTIFY has also had the honor of singing at the Southern Baptist Convention, the Louisiana Baptist Convention, Gaither Vocal Band Homecoming Concerts, Chick-fil-a Corporate Headquarters, Theaters in Branson, at TBN with Dennis Swanberg, the Grand Ole Opry, and in Nashville for a concert at Lifeway Christian Resource Center of the Southern Baptist Convention. In October 2001 TESTIFY was again in Nashville to sing at the Roy Acuff Theater for the 'Heal Our Land Benefit Concert' for the victims of 9-11. In 1999 Testify begin working with Michael Sykes. Michael produces albums for The Gaither Vocal Band and The Oak Ridge Boys. Michael produced two albums for Testify: 'Something Worth Living For' and 'Keep Walking.' 2003 brought a new friend to Testify. Buddy Mullins, former member of The Mullins, The Gathier Vocal Band and Sunday Drive. Buddy produced Testify's album, 'The Highest Call.' 'The Highest Call' was released in June 2003. In 2005 Buddy produced Testify's newest CD and penned the title cut, 'Rhythm of Grace.' 'Rhythm of Grace' was released February 2006.

Here's what you say about
Testify - 10th Anniversary.