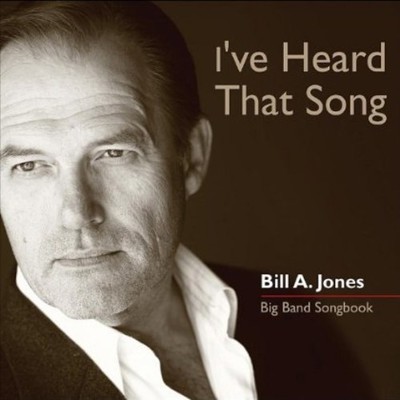 This CD is my salute to The Big Band Songbook. I officially fell in love with the Big Bands back in the 1970's, when I started working at a radio station in Nashville that played them. Earlier, I'd discovered artists such as Bing Crosby and Frank Sinatra while digging through my parents' collection of Christmas LPs (or 'vinyl' to those below a certain age). As those albums incorporated orchestrations that had their roots in the Big Band Era, it would be no surprise that I would dig Glenn Miller, Harry James, Artie Shaw and the like. The Big Band Era was a short but significant one; the height of which roughly spanned 1935 to 1945. As many of those years coincided with World War II, the best songs of that time seemed to take on a richness of meaning and poignancy, and while at times sentimental, never lapsed into sentimentality. One great example of this is It's Been A Long, Long Time. It, and Don't Sit Under The Apple Tree are songs that still have relevance for those in the Military, and are two reasons this CD is dedicated to the Men and Women of the U.S. Armed Forces. The classic 17 piece band configuration of 5 Saxes, 4 Trombones, 4 Trumpets, and Rhythm Section (piano, bass, drums, guitar) was perfected during The Swing Era, and arrangers found this new palette capable of sonic colors never before achieved. The Songwriters associated with the Great American Songbook were at the peak of their productivity, and band leaders of the day were smart to utilize them. And it was a time in which vocalists grew more and more important. This would set the stage for Frank Sinatra, Ella Fitzgerald, and others to bring pop music to a whole new level in the 1950's, featuring charts from virtuoso arrangers such as Nelson Riddle, played by mostly anonymous orchestras. That could not have happened had there been no Big Band Era. That is the reason for making this CD. That, and I just plain love these songs. Plus, when I was airing the original versions of these songs years ago on radio, I would have liked to have had a high fidelity recording that used the original arrangements. And so, here they are. On Don't Sit Under the Apple Tree and Chattanooga Choo Choo I was aided by The 40's Fly Girls, (Cassie Miller, Kara Shaw, and Dina Bennett). The original recordings featured Tex Beneke, stepping forth from the sax section of the Glenn Miller Band, along with the legendary four piece vocal group The Modernaires. Major kudos to Dina for adapting the original four part harmony to three pieces, to match their Andrews Sisters' sound. Glenn Miller's band was arguably the most successful of all the big bands, and gave us several notable ballads sung by 'the young man in the romance department,' Ray Eberle. A Nightingale Sang in Berkeley Square, Seranade In Blue, and At Last are great examples. Ray Eberle's older brother, Bob Eberly (who adopted a different spelling of his last name when entering show business) was considered one of the best and most popular of the Band singers, ranking higher than even Frank Sinatra for some time in the 40's. One tune recorded by both Sinatra and Eberly was All Or Nothing At All. Bob Eberly worked with the Jimmy Dorsey Orchestra for much of the period, and teamed with Helen O' Connell on several memorable duets, such as Tangerine, Yours, and Brazil. Helping me recreate these tunes is Bonnie Bowden, a wonderful singer and dear friend, formerly a lead singer with Sergio Mendes for many years. It's Been A Long, Long Time was recorded by several artists, including Bing Crosby with The Les Paul Trio (long before Les invented multi-track recording and Gibson came out with a guitar named in his honor). You may hear some Crosby influences in my delivery, but the arrangement comes from The Harry James Band, and originally featured Kitty Kallen, and in later recordings, Helen Forrest on the vocal. Our title tune, I've Heard That Song Before was another James / Forrest recording that went to the top of the charts in early 1943. LIVE TRACK River Stay 'Way From My Door was recorded during a live taping of a pilot for a TV show called "Music That Cooks," and features backing from Rex Merriweather and his Ain't Your Daddy's Big Band. Ironically, I recorded this just weeks prior to horrible flooding in the Nashville area that put the stage of the Grand Ole Opry under water, as well as the house I grew up in, and the church I attended as a child. Therefore, it is only appropriate that profits from individual downloads of this song, as well as a portion from CD sales will go to The Red Cross Disaster Relief Fund. I sincerely hope you enjoy listening to the music as much as we enjoyed making it. --Bill A. Jones March 2012, Los Angeles CA Bill A. Jones is an Actor, Voiceover Artist, and Singer, best known as the recurring character 'Rod Remington' on FOX TV's GLEE.

Here's what you say about
Bill a. Jones - I've Heard That Song Big Band Songbook.