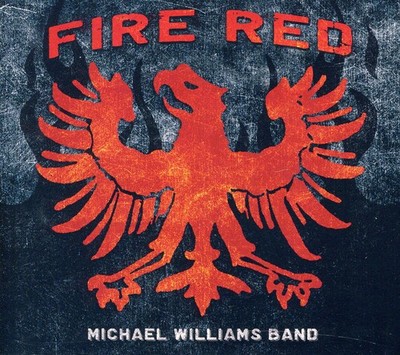 "There is nobody out there doing what Michael is doing...' ~ Eddie Kramer, Grammy-award winning producer for the great Jimi Hendrix. Michael Williams, born in Houston, TX -- and son of the late Texas Blues Legend Junior Medlow Williams -- is one of the few guitarists today who can claim by legacy to be born in the blues. Michael draws upon the influences of Junior Medlow, Stevie Ray Vaughan and the other blues-guitar legends like Muddy Waters, Albert King, B.B. King, Buddy Guy, and Jimi Hendrix. Yet he has blended his own, rich signature-tone through a mastery of traditional blues, a dynamic voice, soulful songwriting, blistering licks, and very intense performance energy. Michael's father, Junior Medlow Williams, entertained audiences for over 20 years with a powerful voice and stage presence as the frontman for the Cobras (1978-84), The Bad Boys (1986-90), and Tornado Alley (1990-96). After the passing of his father, Michael moved to Seattle to carry on his family legacy as well as to pay homage to one of his biggest influences; the great Jimi Hendrix. While there he formed the Michael Williams Band, and shortly thereafter, The Washington Blues Society nominated them as one of Seattle's Best Unsigned Bands. The Band released their first album "King of the Dead" in 2008 on the independent record label, True Blue Productions, LLC. Michael's had the opportunity to work with many accomplished musicians including his father, Junior Medlow and the Bad Boys, Willie Nelson, and Chris Duarte. Eddie Kramer, the multi-Grammy award winning producer and engineer who is renowned for lifelong work with Jimi Hendrix, as well with several other Grammy-award winning blues legends, produced Michael's newest album, Fire Red.

Here's what you say about
Michael Williams - Fire Red.