Joel Cook - Getting There Is All the Fun 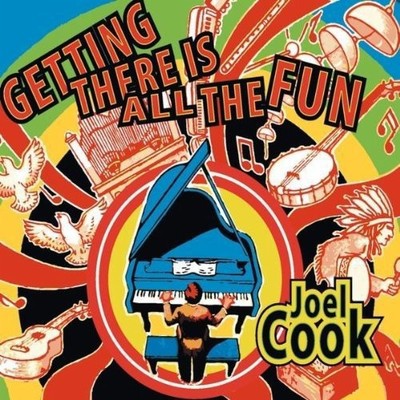 Composer, songwriter, pianist, keyboardist and arranger, Joel Cook began playing piano as a child in New York, first studying with the celebrated composer and concert pianist, Avraham Sternklar, with whom Joel learned European classical music. Joel went on to study with a series of distinguished private teachers with whom he learned all about American popular and jazz music of the 1950's and early 1960's. Joel started to perform professionally in the late 1960's, both as a solo artist and as an accompanist and sideman with a wide variety of artists, representing many different styles and approaches to music making. Some of the many artists Joel has performed or recorded with are Jaco Pastorious, Tim Hardin, Dave Sanborn, Van Morrison, Paul Siebel, Jackie Byard, Koko Taylor Harvey Brooks, Barry Finnerty, Vladimir Horungy, Bill Keith, Jay Unger, Toots Theilmans, Percy Heath, Bill Heller, Michael Kamen, John Simon, Gil Evans and many more. As a soloist and bandleader, Joel has performed on television, radio and at music festivals around the world. Joel composes and performs music for solo piano and keyboards, as well as for rock and jazz bands, music ensembles, chamber groups, orchestras and for singers too. Joel Cook's music has been used for film scores, TV productions, live- theater music and by choreographers for dance companies. Joel Cook has received grants from Meet the Composer and from National Endowment for the Arts to compose and perform his songs and music.

Here's what you say about
Joel Cook - Getting There Is All the Fun.