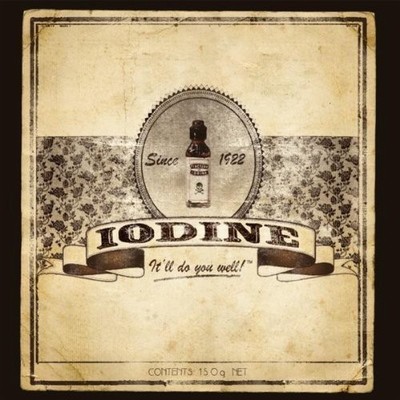 Sometimes I wonder, was I raised in the mountains, or did the mountains raise me? I was dipped and stewed in rich roots and my music and writing reflects that very image. Both of my papaws were coal miners, and my great papaw drove a train. I spent my summers living beside a catfish farmer, running trotlines, fishing with my father and trying to stay out of trouble with my mother, which hails my nickname, "Iodine". Growing up in the heart of the mountains, where the lines of East Tennessee and Virginia intersect, it's no wonder that I ended up writing and singing about a lot of the things I was exposed to growing up. I was a very observant kid with radar like ears, out for stories, stories that I lived, not learned. My mother is from Big Stone Gap, VA and my father is from Appalachia, VA. I was an only child looking for endless ways to entertain myself. If I was in my element, I was good and I mean real good at what I was conjuring up. I moved to Nashville, TN 12 years ago with my songs I drug out of the mountains and a guitar looking for who knows what. By 2001, I landed my first publishing deal with Sony Music. In 2005, I was sitting in front of major label executives whaling my heart out. Since then I have been getting songs cut and working towards my own creative record. I have been so lucky to have a song cut by The Del McCoury Band on their Grammy win in 2005. In that same year, I had a cut on The Grascals' Grammy nominated record. My song "Little House of Mine" was recorded by 3 Fox Drive, and was the band's first video on GAC. In 2006, my song "Coal Dust Kisses" written about my papaw was released on a CD/Book project called MUSIC OF COAL. Just recently the most important song of my life came along written with my husband Jamie and Jenee Fleenor called "I am Strong". This song was written for the kids of St Jude and has an all-star cast of country artist including, The Grascals, Joe Nichols, Darryl Worley, Oak Ridge Boys, Randy Owen of the group Alabama, Charlie Daniels, Tom T. Hall, the actor/singer Steven Seagal, Terri Clark and the legendary Dolly Parton. This song will be on The "Grascals and Friends" CD available in all the Cracker Barrel stores January 3, 2011. A video was shot at St Jude Hospital with the amazing children and their families to communicate the power of the song. This spring I called a fellow artist singer/songwriter named Shawn Byrne and asked him to produce my record, and thank God he said yes. I have release my singer/songwriter record I have always wanted. I wrote and co-wrote most of the songs, cut the majority of it live and had a blast. I hope everyone loves it like I do. Please enjoy Iodine!

Here's what you say about
Iodine - Iodine.