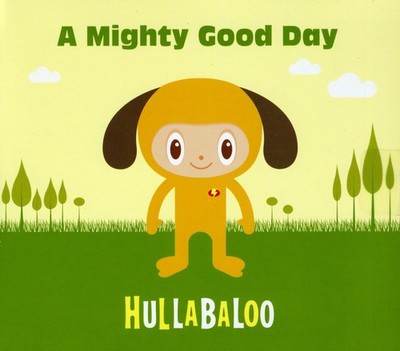 Hullabaloo is farm-fresh, free-range, organic kid-folk in a genre filled with musical Twinkies and Ding-Dongs. Don't get us wrong (and please don't sue us Hostess Foods Inc.), Twinkies and Ding-Dongs are great (in small doses). But, after a while, you need something with a little more substance-something that won't induce an insulin coma. Here at Hullabaloo World Headquarters, we like to say "We're putting the music back in kid's music!" because, until recently, it's been a pretty sad state of affairs. A lot of parents raised on rock'n'roll have a hard time down-shifting to singing dinosaurs and hamsters and, frankly, we don't blame them. We're proud to be part of a growing number of artists that have found a way to honor and entertain kids without making their parents want to jump out of a moving mini-van. Steve's a folksinger and a songwriter and Brendan is a long-time rock'n'roll drummer so, you'll hear traces of twang, funk, rock, folk and blues in our songs. We play the time-tested favorites we all grew up with and we write songs that make kids laugh, think, sing, dance, clap and stomp their feet. 2006- Parents' Choice Award for 'Sing Along With Sam' 2007- Parents' Choice Award for 'Hey, Everybody!' 2007- Childrens Music Web Award for 'Hey, Everybody!' 2008- NAPPA Gold Award for 'Tall as a Tree' 2008- Parents' Choice Award for 'Tall as a Tree' 2008- Children's Music Web Award for 'Tall as a Tree'

Here's what you say about
Hullabaloo - A Mighty Good Day.