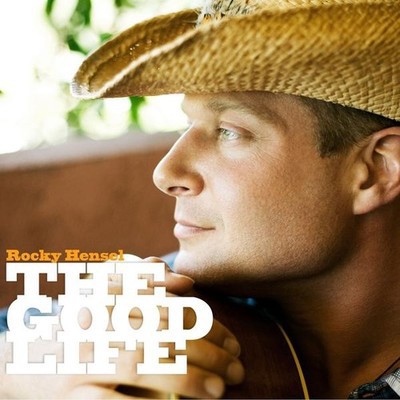 Rocky Hensel is a singer/songwriter presently living in Hollywood, California, whose eclectic blend of country and southern rock is the perfect vehicle by which to relate his wild ride through life. Rocky was born in Cincinnati, Ohio on January 16, 1974, and from an early age, he had a passion for story telling and for entertaining the room. But Rocky was also a daydreamer, which made it hard to succeed at his studies, and at fourteen he was sent to a school for discipline in Wisconsin. At eighteen, Rocky moved to Steamboat, Colorado, where he enrolled at Colorado Mountain College. One night, while hiking down a mountainside alone, he began to sing. Unable to identify the tune, it quickly dawned on him that the melody and lyrics were his own. From that moment, he knew he wanted to pursue a life in music. And for the next four years, while he finished his degree, Rocky played in bands and continued to write songs. Inspired by his musical heroes, Charlie Daniels, John Denver, and Jerry Garcia, Rocky left Colorado shortly after college in pursuit of a life of adventure. Traveling through Africa, Australia, New Zealand, Europe, and Alaska, he gathered enough life experience to fill several albums. Upon his return to the United States, Rocky moved to Santa Cruz, California, where he slept in the woods and worked as a day laborer. In the evenings after work, he would sit in his favorite tree, look out at the Pacific Ocean, and write songs. In 2001 Rocky moved to Los Angeles to dedicate himself to a career in music. Shortly after arriving, however, he was involved in a near fatal motorcycle accident, which forced him to return to Cincinnati to recover. But Rocky never stopped writing, and by 2005 he was back in Los Angeles, more determined than ever to live his musical dreams. In 2009, Rocky released his first album, The Good Life, to rave reviews on iTunes and in other music oriented chat-rooms. Building on this solid foundation, Rocky recently entered the studio to complete his sophomore effort - and his future has never looked brighter.

Here's what you say about
Rocky - Good Life.