Axiom - Means to An End 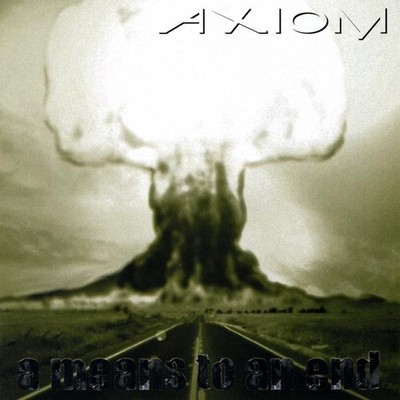 BIO axiom n a self-evident truth; an established principal in an art or science. In November 2002, drummer Justin Herzer answered a musicians classified ad on a local music website posted by guitarist Scott Whisenhunt. As they played they began to form their own style of music; borrowing from their inspirations and heroes like Black Sabbath, Metallica, Tool, Pink Floyd and the Beatles. What they created was a form of progressive metal, with a passion and seriousness unheard of in today's musical climate. To label their project, they used a name that would describe the music, content, and ideals they wanted their work to represent: Axiom. After building a fan base in the Sacramento area, Axiom recorded their first non-demo CD in the form of the "Alpha-Omega EP." The 7-song EP was released in June 2006 to local music retailers, local radio, and online digital music stores. To continue their do-it-yourself work ethic, Axiom planned a month-long tour of the west coast to promote the "Alpha-Omega EP". With their new bassist, John Coffee, the tour would take the band as far north as Boise, as far south as Las Vegas, as far east as Reno and as far west as San Jose. As we sink into 2008, the band looks to the future to take their music to the masses with their debut album, A Means to an End. Axiom is a band that will always embrace what's to come and never fear change. Axiom is a band that will never fail to explore their music, grow, and reinvent themselves without losing sight of where they came from. With their unwavering convictions and uncompromising ideals, Axiom have proven themselves unstoppable in their attempt to leave a mark on this world; and with music as their weapon, maybe help to change things for the better. In this day-in-age of image selling, regurgitating trends and passing fads, Axiom hold on to the belief that artistic integrity, creativity, and idealistic dreams are things that still matter.

Here's what you say about
Axiom - Means to An End.