The Sleepwells - Somewhere Over the Radar 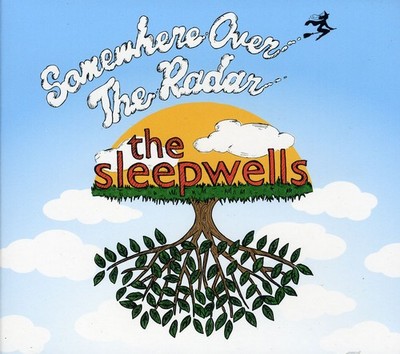 The Sleepwells Release Debut Album Somewhere Over the Radar (PHILADELPHIA, November 1st, 2008) FOR IMMEDIATE RELEASE - The Sleepwells-Katie Barbato (lead vocals, guitar), Matt Teacher (lead guitar), Adam Schwartz (bass), Mike Lawson (drums) and Becca Rankin (vocals)-will officially release their debut album, Somewhere Over The Radar, on December 6, 2008, with a party at Connie's Ric Rac in South Philadelphia (1132 South 9th Street, between Washington and Ellsworth). The album was recorded at the state-of-the-art Sine Studios in Philadelphia-which is owned by Lawson and Teacher-and was mixed by Obie O'Brien of Bon Jovi, who was also instrumental in the studio's design. The Sleepwells were formed in 2006 after Barbato packed her guitar and left Boston, Massachusetts after a sold-out performance at the House of Blues, and regular rotation on WERS 88.9 FM and WBCN 104.1 FM-moved down the coast to Philadelphia, and joined old friends Lawson and Teacher. The band made it's debut performance on July 30TH, 2006 on Gene Shay's legendary radio show on WXPN 88.5 FM. Since then, the Sleepwells have been rocking the East Coast playing such venues as Club Passim and The Middle East in Boston, The North Star, The Tin Angel, World Cafe Live in Philadelphia, and Pianos in New York City. Tour plans are in the works for the band to head out West to support the album. Somewhere Over the Radar was mixed at the Sound Kitchen in Nashville, Tenn., and Sanctuary II in Red Bank, N.J. Phil Nicolo of Studio 4 in Conshohocken, Pa., and Ryan Smith of Sterling Sound in New York City mastered the recording. To contact the Sleepwells please call Katie Barbato at (508) 397-2413 or email [email protected]

Here's what you say about
The Sleepwells - Somewhere Over the Radar.