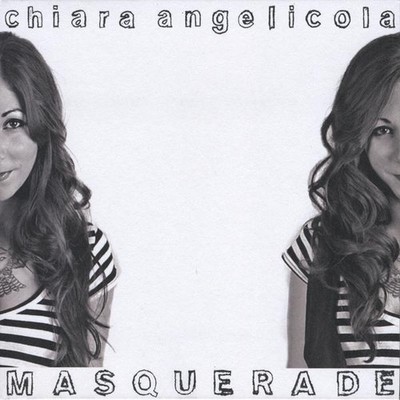 Passive-aggression can be an art form in it's own right, I'll give you that. But used in conjunction with more accepted forms of artistry like songwriting and performance, it can reveal humanity as it is - beautiful imperfection. As singer, songwriter, and performer, Chiara Angelicola may be guilty of such crimes. Angelicola's advocacy for all that is simple and honest is coupled with an innate ability to deliver sassy-gospel, soul-drenched vocals. Angelicola's interest in the vintage flavors of music started with childhood raids of her mother's LP cabinet. Too young to work the record player, she studied the cover art of classics like Roberta Flack's "Killing Me Softly" and Stevie Wonder's "Talking Book." She recalls her mother's jazz tapes and Creatura, the Bossa Nova band her mother belonged to in Guatemala. Angelicola places her mother at the top of her list of influences and still listens to her play classical and jazz piano. Angelicola's musical training began with jazz standards and from there she went on to front the funk/pop band Morning Theory. Her solo pursuit led her to explore the stories within the songs of such greats as Johnny Cash, Bob Dylan, Aretha Franklin, Otis Redding and Patsy Cline. Now with stories of her own to tell, she makes it difficult for an audience to remain untouched by her inherent passion and sincerity. Angelicola is already leaving her mark on the San Francisco scene, having frequented Great American Music Hall, The Independent, and Bottom of the Hill as a performer. In addition to joining soul singer and Grammy nominee Blu Cantrell in a live duet, she has also shared the stage with Bay Area notables Goapele and Port O'Brien along with New York's folk act, Jay Brannan. Her November 2008 release Masquerade propels her into the limelight as a solo artist in her own right, taking her love of folk, rock, and soul introspectively deeper as she explores the world around her through the eyes of songwriter and storyteller. "Like a breath of crisp autumn air, Chiara Angelicola is wonderfully refreshing amidst what can sometimes seem like a monotonous supply of local music offerings," says Sara Ferracone of the SF Daily.

Here's what you say about
Chiara Angelicola - Masquerade.