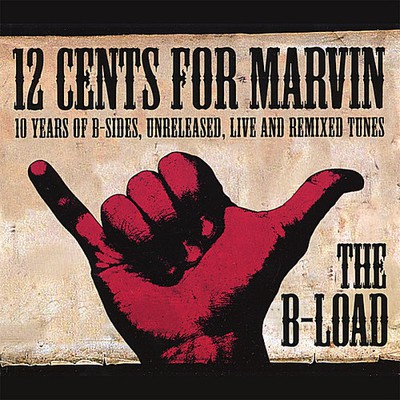 No stage can contain the energy of 12 Cents for Marvin and audiences would have it no other way. Formed in their college days nearly a decade ago, the band has grown as individuals and musicians. Ska/reggae/rock is a quick but incomplete way to describe the 12 Cents sound. It must be experienced to be understood. The band named itself after meeting Marvin, a colorful street character panhandling and following a mathematical formula requiring him to receive twelve cents per person he met. Since then, 12 Cents has been voted Best Band in the region multiple years in a row. Recognition continued when the band garnered first place in Colorado's Scene Magazine's Battle of the Bands. Gaining this recognition early in the band's career laid a solid foundation for the independent nature of all present and future endeavors. This is exemplified by radio play for multiple 12 Cents' songs along the Colorado Front Range by both independent and corporate radio stations. While on stage, energetic antics rule. This never overshadows the artistry, dedication, and years of hard work put in by the talented members. The band includes Tom Werge on vocals and trumpet, Hilary Spriggs on bass, Nik Levinsky on guitar, Sóren Daugaard on drums, Aaron Spriggs on theremin, Greta Cornett on trumpet and John Giordanengo on trombone. The sum is greater than the parts and this synergistic effect adds a distinct edge to the 12 Cents for Marvin sound. In addition to stimulating audiences with it's performances, 12 Cents for Marvin has produced several albums. Yellow Raincoat (1998), King of the Ring (2000), The EP (2002) and Change (2006) all showcase a full horn section with a swinging embellishment of indelible rhythms. These albums have spawned such favorites as 'King of the Ring (The WWF Song),' 'Social Suicide' (featuring Warsaw Poland Brothers), 'One By One' and 'Shouting in the Dark.' In addition, 12 Cents can be found on such compilations as 'Still Standing' (2003, Megolith Records) and 'Fort Collins Rocks, Vol. 3' (2005, Hapi-Skratch Records). 12 Cents for Marvin continues producing their original music while touring in an ever-widening circuit. Traveling around the region, the band has played with acts such as The Skatalites, Michael Rose (of Black Uhuru), Stroke 9, Less than Jake, The Toasters, Guster, The Sugar Hill Gang, MU330, Mustard Plug, The Specials, The Slackers, and Fishbone. Keeping the beat on high, 12 Cents for Marvin has set itself apart as a driving force in the regional music scene. Every concert goer asks the band, 'When are you coming back?'

Here's what you say about
Twelve Cents for Marvin - B-Load.