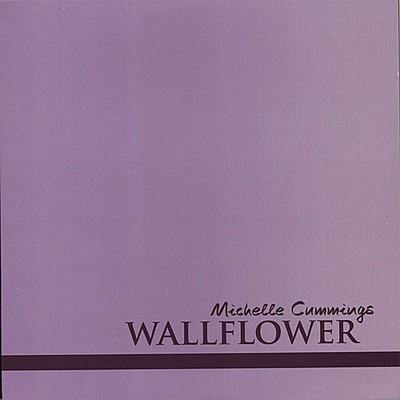 Twenty-four year old Michelle Cummings is a new face on the songwriter scene with a fresh sound worth listening to. A Berklee College of Music graduate and northeastern native, this little songstress has been catching audiences off - guard from Boston to Nashville with her unique brand of catchy piano-folk tunes and a heartbreaking voice to match. Her songs keep you humming for days. But what stays with you long after she's left the stage is this young songwriter's intense emotional core and her ability to create a mood so tender in so public a place. Surprisingly powerful songs come from this sensitive young woman who sites influences from Patti Griffin and Joni Mitchell to Ben Folds and The Counting Crows. Present often in her music are the themes of restlessness and change, owing obviously to the great amount she has undergone since leaving home. She began by performing at several in-state piano festivals growing up and soon lent her voice to various groups around New Hampshire. A hometown celebrity by age 8, she was a regular performer at Greeley Park in Nashua and at the Hampton Beach shell stage. By age 10, she had received the Youth Poet of the Year award from the Robert Frost junior poet society and was a featured dancer and vocalist for the Showstopper's Orchestra, During her time with the showstopper's, Michelle toured throughout the US, Canada and Ireland, and was featured with her group on such shows as Good Morning America and The Lawrence Welk Show. She continued throughout her formative years working as a dance instructor for the company and participating in Jazz All-State as one of the top 20 alto voices in New Hampshire. In the fall of 2000, Michelle moved to Boston to attend Berklee College of Music. There, she was able to hone her skills as a musician, performer, songwriter, and vocalist. She quickly became one of the most sought after songwriters in the college. A scholarship recipient, she was selected to represent Berklee's Songwriters Forum on numerous occasions. She was often featured on engineering projects and at Berklee Performance Center events. As a background vocalist for local artist Robert Schilling, Michelle participated in the Dewey Beach Independant Music Festival. And in March 2002, she was highlighted at the Music Career Expo in Boston's Hynes Convention Center as an independent artist. Upon graduating, Michelle moved to Nashville, TN to emerse herself in the songwriting scene. She has spent the past two years performing with local artists and taking her turn in writer's rounds. In doing so, she has had the opportunity to perform at local hot spots, including The Bluebird Cafe and The French Quarter. She has also been in the studio working on her first independent release 'Wallflower.' Michelle will be back in New Hampshire this summer, performing and promoting her new EP. Catch her around Boston as one of New England's newest songwriter's on the rise.

Here's what you say about
Michelle Cummings - Wallflower EP.