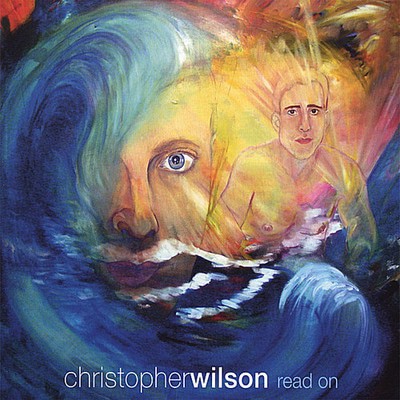 Hailed by Indie-Music.com as 'a troubadour from olden times who's just visiting this era,' Americana singer/songwriter Christopher Wilson has garnered many positive reviews for his dynamic brand of folk, acoustic rock, and alternative pop-rock songs: 'Triumphantly upbeat pop poetry reminiscent of R.E.M." -Outvoice.net; 'Impressive peaceful tunes, an enjoyable sensation.' -Skylight Webzine; 'Thought-provoking lyrics reinforced by strong, emotional vocals.' -Outsmart magazine Wilson self-released his debut CD East Mall Daze in 2001 (Cattle Call Records).  East Mall Daze was distributed throughout the USA by Southwest Wholesale in 2002.  A video of the single How Why & When went into regular rotation on the Austin Music Network.  In spring 2007, How Why & When was featured alongside numerous major label artists on the boarding music playlist of the entire Delta Air Lines fleet.  In 2011, How Why & When cracked the top ten list of most requested songs at Indie104 in Los Angeles, and was awarded Semi Finalist placement in the 2011 Song Of The Year songwriting competition. Wilson self-released his follow up CD Read On in 2007 (Cattle Call Records). Read On served as the soundtrack to the Jeff Faulkinbury independent film of the same name. Read On received airplay at over 300 college and public radio stations throughout the USA, Canada, Mexico, Australia, New Zealand, Italy, Greece, Belarus, Macedonia, and The Netherlands. Read On also charted in the CMJ Top 30 at six college radio stations in the USA.  Songs from Read On that received airplay included Out There Eddy, Diane Drove, No Such Thing, Circle of Palms, Smoke and Mirrors, and the acoustic ballad If Only. If Only was selected for inclusion on the compilation CD for the fifteenth annual Millennium Music Conference.  Out There Eddy was awarded Runner Up placement in the 2011 Song Of The Year songwriting competition. Christopher Wilson was included on the entry list of potential nominees for Best New Artist at the 54th Annual Grammy Awards. The rock single Numb--soon to be released on his upcoming CD Insular--was awarded Finalist placement in the 2012 Song Of The Year songwriting competition.

Here's what you say about
Christopher Wilson - Read on.