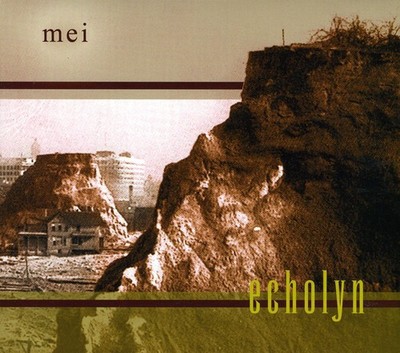 With a history dating back fifteen years, Echolyn continues to develop and redefine a compositional style best described as melodic, harmonic, rhythmic and dynamic - music that is progressive in the truest sense of the word. Defying categorization, while achieving critical acclaim from all around the globe Echolyn continues to bend the ears of the world's listeners. The seeds of Echolyn were sown in the late 1980's when Brett Kull, Raymond Weston, and Paul Ramsey played in a cover band named Narcissus. In 1988 Narcissus disbanded as the members tired of cover tunes. A year later Christopher Buzby joined Kull and Ramsey to form Echolyn, a band that made a conscious decision to focus entirely on original music. Weston soon returned to the fold, and they began recording their eponymous CD Echolyn in 1990. Kull, Weston, and Jesse Reyes manned the bass post until Thomas Hyatt joined permanently during the recording process of this first album. 'Echolyn' was released independently on Bridge Records, and the first pressing quickly sold out. The CD was for a while one of the most sought-after collector's items in progressive rock, fetching over $100 at the Ebay internet auction site. Echolyn was a welcome breath of fresh air in that generally lean time for progressive music. In 1992, the band released 'suffocating the bloom,' now generally regarded as an early '90s progressive rock classic. The album honed Echolyn's trademark two-and three-part harmonies with tight, contrapuntal instrumental musicianship, and featured the 25+ minute A Suite for the Everyman. Lyrically it deals with the loss of childhood innocence and idealism. In the spring of 1993 the band privately released the 4-song unplugged mini-CD ...and every blossom. However, it was suffocating the bloom that attracted the attention of executives at major label Sony/Epic Records, and the band contracted a multi-album deal in the summer of 1993, which included the release of their next full-length album on Sony/550 Music. During this period Echolyn gigged extensively and performed sold-out shows throughout the Philadelphia area, most notably at South Street's 'Theater of the Living Arts.' They also opened three shows up and down the East Coast for progressive metal band Dream Theater. Echolyn also performed a feature set at Progfest '94 in Los Angeles prior to the release of their Sony/550 Music debut. In the spring of 1994, the band recorded their first CD for Sony in Nashville, TN. A major label deal would not corrupt Echolyn's musical ambitions. 'as the world' was, and is, an uncompromising piece of Echolyn's musical output. The album was released in March of 1995 to tremendous acclaim in progressive rock circles. People spoke of Echolyn as the best chance at the time for wider mainstream acceptance of progressive music, however Sony maddeningly refused to support touring, Echolyn's best way to reach new ears and their musical lifeblood, which marked the beginning of the end to Echolyn's short-lived major label career. The band headlined the inaugural ProgDay in North Carolina in September 1995, without label support and shortly after were dropped by Sony. Hyatt and Buzby left the band, and after over 250 live shows and 4 studio album releases, Echolyn had seemingly met it's end. A 'posthumous' recording entitled when the sweet turns sour, was released on SynPhonic and Cyclops, GFT in 1996. This CD consisted of working demos of unreleased new songs, an acoustic version of Meaning and the Moment, a cover of Where the Sour Turns to Sweet originally arranged and recorded for a Genesis tribute album, and live tracks from the ProgDay '95 show. The members of Echolyn, however, remained very active in music. Kull, Ramsey, and Weston formed Still, which released 'Always Almost' in 1996, focusing on songwriting in a hard-rock format. Renamed Always Almost, this trio released 'God Pounds His Nails' in 1997, which featured a Gentle Giant cover of 'Aspirations' among other well-written progressive-influenced hard rock songs. Both of these recordings were on Georgia-based Pleasant Green Records. Kull and Ramsey also started recording and touring with the major-label folk-rock group Grey Eye Glances. Meanwhile Buzby formed a new band named finneus gauge with several other musicians, including his brother Jonn on drums, and released two albums of intricate jazz-fusion influenced progressive rock, 'more once more' (1997) and 'one inch of the fall' (1999), to worldwide critical acclaim. Keyboard Magazine picked more once more as 'One of the Top 5 Records of 1997' in an editor's poll, while Guitar World recognized finneus gauge as 'One of the 10 Best in the Current Progressive Rock Underground' in 1998. In the spring of 2000 the members of Echolyn returned with a brand new collection of 10 songs and their first studio album in over four years, titled 'cowboy poems free.' The band line-up featured original members Buzby, Kull, Ramsey, and Weston, along with new drummer/percussionist Jordan Perlson, a student of Chris Buzby's from Abington Friends School, who currently attends Berklee College of Music in Boston. Echolyn played a couple of live shows in support of cowboy poems free, most notably the stifling hot jam packed NEARfest preshow in 2000 and a Theater of the Living Arts show in support of Transatlantic. Echolyn retired to the studio after the summer of 2000 to begin meticulous work on their most recent album titled 'mei' - released in June of 2002. Always striving for the next challenge and musical adventure this album pulls out all the musical stops and is the most diverse Echolyn recording to date. Featuring several guest musicians on timpani, marimba, vibraphone, clarinet, flute, violin and cello, and clocking in at just under 50 minutes in length, 'mei' is as close as Echolyn has ever come to writing a modern symphony/tone-poem. Echolyn's first double-disc DVD is due out this September 7th, titled 'stars and gardens'. It will feature a live version of 'mei' with the full chamber orchestra as well as many classic Echolyn songs from the The Sellersville Theater show in May of 2003. It also includes an 'interviews & outtakes' disc featuring many stories, making-of-footage from each album, and video spanning the band's 15-years together.

Here's what you say about
Echolyn - Mei.