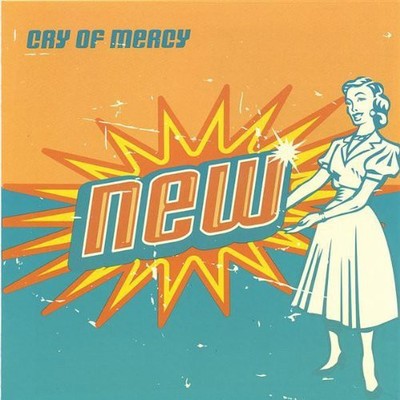 Buzz Cry of Mercy is musicTruthpassion. Live! The music is powerful: original alternative power pop with an edge. The Truth is evident: the music bears an unstoppable message. The passion is unmistakable: the band is sold out, and audiences know it. Live! - It's the best way to experience CoM. Are you ready? History From an almost accidental start in 1998, Cry of Mercy continues their great adventure. They released their first CD in the fall of 1999, and got busy playing out in an array of venues - local festivals, youth events, high school football games, community outreaches, concert-in-the-park events, shopping malls, a state-sponsored medical conference, a corporate retirement party, a skating rink - just about anywhere they could bring musicTruthpassion to their local region. As the band matured, they endured an extended series of lineup changes, losing members, replacing members, re-arranging parts, restabilizing, only to repeat the cycle again, through an astonishing 19 members. Core members persisted, refining their sound and honing their craft as they continued performing live. The current lineup has solidified around 7 members (including 2 founders). This evolution culminated in release of a second CD 'New' in May 2005. While New catapulted the band's influence to new levels, CoM is not content to rest on the CD - a recent songwriting burst has introduced exciting new material into their concerts that the band considers their best efforts yet. Sound Cry of Mercy's original sound has always been hard to characterize. Band members have always come from a broad array of backgrounds (student, hi-tech CEO, artist, maintenance worker, marketing exec, plant operator, customer service rep, software engineer, etc.) and generations (current members are from early 20s to mid 50s). Early on, the band settled into a 'wall of vocal' power pop/classic rock blend. Moving into the New era, the band has completed it's transition into an edgier, more alternative power pop sound that shows hints of emo, grunge, retro (psychedelic, arena rock, classic rock), aggressive acoustic, and even a little new wave, reggae, and ska. In a different band, this broad range of influences could easily degenerate into noise. However, making music has always been an egoless, collaborative process for CoM, and this is apparent in the stylistic melting pot that results. More importantly, band members, in whatever lineup or era, have been ultimately bound by a consuming passion for their mission.CoM has never been interested in 'making it' as a band least in the traditional sense. They are simply focused on making the best music they can make, so they can share the Truth and Love of Jesus Christ with people who would never venture into a church to hear about Him. Experience As excited as the band is with the soundscape of 'New', CoM is best experienced Live!, where the musicTruthpassion converge. Even as the band has focused on ever increasing levels of musical excellence - it remains that the band has always characterized most by their passionate performances. One concertgoer recently commented 'when I watch CoM play, I see power, passion, and the joy of the Lord; just pure joy.' Which is exactly what the band hopes to share with you ... Etc. Cry of Mercy is a 501(c)(3) non-profit organization; for more information on our music or ministry, please email us at [email protected]

Here's what you say about
Cry of Mercy - New.