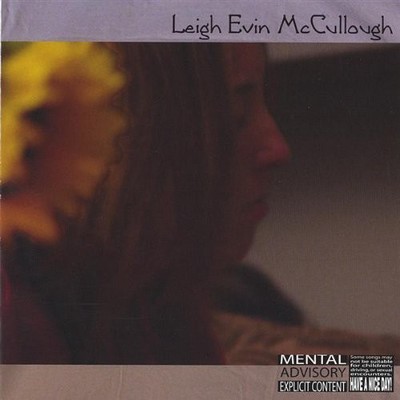 Date of Birth: April 1, 1978 Birthplace: Kankakee, IL When hearing her play for the first time, you'll have a hard time believing that Leigh Evin McCullough has only been playing guitar since age 22. Self-taught - save for the help of a few chord guides in beginning guitar books - Leigh is a powerful presence on guitar. Influenced heavily by the likes of Stevie Nicks, Ani Difranco and Liz Phair, Leigh has crafted her own independent, 'say-what-she-will' style. Leigh followed the typical path of higher education, earning her bachelor's degree in psychology from Illinois State University and her master's degree from Eastern Illinois University. During a summer internship as part of her studies at ISU, she wound up in Colorado. While there, Leigh befriended numerous local musicians and songwriters. While immersed in this musical community, Leigh began forming a songwriting voice of her own. After returning from her internship, Leigh befriended a female guitar player, and the two began collaborating. Frustrated by her musical inexperience and inspired by her friend's playing, Leigh decided to pick up the guitar herself, opening her creative floodgates. Any chance Leigh was given was used for practice. She started playing at open mic nights in coffeehouses and bars throughout central and eastern Illinois. As with so many women before her in the music industry, Leigh was not taken seriously as a creative mind. Her male musical peers saw her more as a talented, guitar-playing 'piece of ass.' Leigh felt that in order to really reach people, she needed a tangible product. In February of 2001, Leigh began recording her first CD - a project that ultimately took two years and a move to Chicago to complete. Through the support of family and friends, the CD was finally finished in late October 2003. Asked how she writes, Leigh said, 'There is no filter for me. No one is safe from being a subject of my songs. For some that's good, for others, bad - real bad. I like to make people take an uncomfortable subject and attach it to a melody impossible to get out of their heads. That way you are compelled to think about it.'