John McNicholas - How to Be Alone 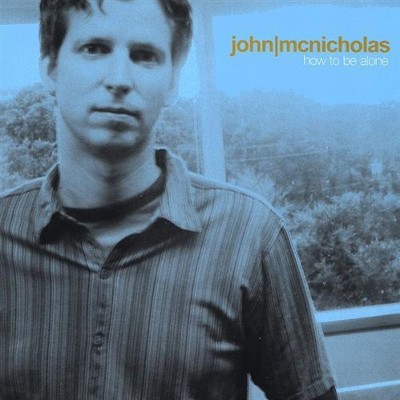 John McNicholas is a singer/songwriter from St. Petersburg, Florida. John has honed his writing talents by writing, performing and releasing albums with alternative favorites Spiller, Lie, Misfortune 500 and most recently performing with indie-darlings Honeyrider, Dank and Sparky's Nightmare. He considers himself and unlikely songwriter in that his songs are character sketches of his life and the lives of people and friends around him. He doesn't so much write, as he observes and records his thoughts with music. His songs can be as awkwardly personal as those by Juliana Hatfield, as tongue-in-cheek as those by Fountains of Wayne and Ben Folds and as vivid and descriptive as those by Pete Yorn and Dean Wareham (Luna). John McNicholas the band have their friends Joran and Tony to thank for getting them together. A few days before a concert, Tony called John to see if he could fill some time with a quick acoustic opening set. What followed in the next half hour was this... John called guitar player Chris Skogen, to see if he'd like to accompany him. Chris suggested they get drummer John Freiberger and bassist Martin Rice involved. Three days later, after one practice, they took the stage for the first time and rocked. Mixing a sound nestled somewhere between Fountains of Wayne, the Wallflowers, Ryan Adams and Pete Yorn, John and his groups have been seen at WMNF's Tropical Heatwave, IPO New York, the In the Raw concert series and they have opened shows for Marilyn Manson, Fastball, Cyndi Lauper, Superchunk, X, Patti Smith, the Mooney Suzuki and many others.

Here's what you say about
John McNicholas - How to Be Alone.