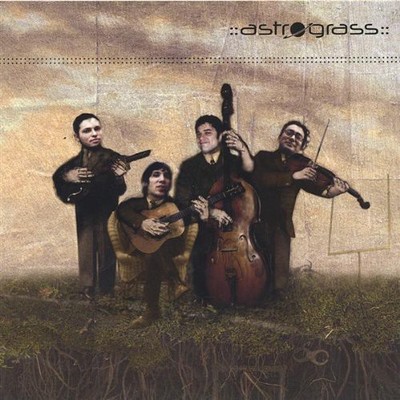 In it's less-than-two-year existence, Astrograss has moved to the forefront of New York's lively acoustic music and bluegrass scene. The band's self-titled debut album, to be released in February 2005, showcases it's unique sound: earthy, bluegrass-inspired yet decidedly un-twangy, and equally passionate in it's vocal harmonies as in it's surging improvisations. In concert, Astrograss wows audiences with an eclectic yet solidly rooted mix of original material, choice covers ranging from Jimmy Webb to Guns n' Roses, and an occasional foot-stompin', 'yee-haw'-inspiring fiddle hoedown. Astrograss has performed in New York venues such as BB King's Blues Club, The Mercury Lounge, and the Rodeo Bar, in addition to regular gigs at New York's home of bluegrass, the Parkside Lounge. In June 2004, the band undertook a tour of the Midwest, culminating with two sets at the highly esteemed Appalachian Uprising bluegrass festival in Ohio. In addition to club and festival appearances, Astrograss has become sought-after for private and corporate events and weddings. Most recently, the band has begun a highly successful series of free, bi-weekly children's performances at NY Perks in Brooklyn. Astrograss was formed in summer 2003 when Jordan Shapiro recruited three top-shelf New York-area musicians (Tim Kiah, Alan Grubner, and Dennis Lichtman) to play music he had been writing over the last few years. Collectively, the band members' resumes include performances and collaborations with Eddie Palmieri, Phish's Mike Gordon, the Key West Symphony Orchestra, Lenny Kravitz, Henry Threadgill, and Zappa vocalists Ike Willis and Napolean Murphy Brock.