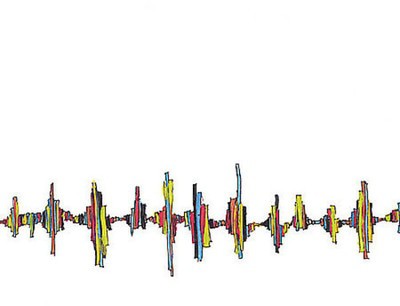 â€œThe Hollis Wake charges at you with both fists clenched, only to give you a hug at the last minute.'One reviewerâ€™s assessment of this bandâ€™s sound is apt: The Hollis Wake successfully blends pop-laden hooks and harmonies with bone-crunching distorted guitars, thunderous drums and passionate, high-energy live shows, becoming one of New Mexicoâ€™s most sought-after acts.In the fall of 2003, the bandâ€™s talent was recognized officially when The Hollis Wake took first place in the New Mexico Showcase (Rock category). In December 2004, they won another battle of the bands, 103.3 The Zone's Local Access Showcase. The group has been given top billing or high-profile slots at some of the regionâ€™s largest outdoor festivals, including the New Mexico State Fair, The South Park Music Festival (2005 & 2006), The Hyperactive Music Festival (Albuquerque) Santa Feâ€™s Second St. Experience, and Zozobra (a traditional New Mexican fiesta attended by over 25,000 people). In summer of 2006 The Hollis Wake was one of only three bands in New Mexico invited to record and film a commercial jingle for the state lottery commission's 'Powerball' series, a well-loved television campaign for three years running.The Hollis Wakeâ€™s wide appeal may be attributed to their refusal to follow the tired â€-frontmanâ€™ format, opting instead to use three different singers and songwriters. The result is a sonic variety that critics and music fans alike find refreshing and endlessly inventive. The Hollis Wakeâ€™s overall sound is hard to define, but it has been likened to acts as disparate as Weezer, the Go-Gos, Buffalo Tom, The Feelies, Pixies, Husker Du and Mike Watt (a music legend who, incidentally, played The Hollis Wake on his radio show). The bandâ€™s fanbase is equally difficult to pin down: At a Hollis Wake show, 14-year-old girls dance alongside 50-year-old men, with every demographic in between.Following the success of the first album, Suburban Crime Spree, the band recorded their second album, lo-fi highs / hi-fi lows, with Grammy-nominated producer Tim Stroh at Santa Feâ€™s award-winning Stepbridge Studios. The record was released in September 2004. In spring of 2005 the record was honored in three categories at the 18th Annual New Mexico Music Industry Association Awards: Best Productionâ€"Alternative, Best Productionâ€"Mainstream Rock, and Best Productionâ€"Punk.Currently, The Hollis Wake is putting the finishing touches on material for a new record, and will be in the studio in the coming months.

Here's what you say about
The Hollis Wake - Lo-Fi Highs/Hi-Fi Lows.