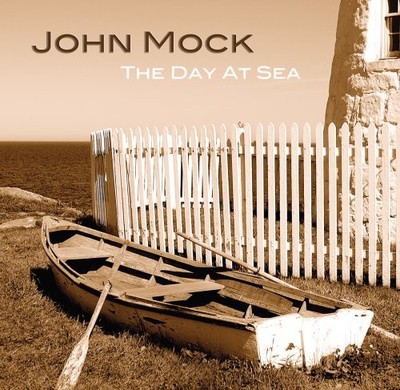 'The Day At Sea speaks to us of places where the spirit of the old still thrives and renews itself in lore, art and music... these particular pieces have the feel of clapboard and canvas, rustic inns and whitewashed lighthouses. The salt air breathes inside them.' - Craig Bickhardt The Day At Sea is a collection of 11 pieces from composer and multi-instrumentalist John Mock. His compositions are a combination of original folk-influenced melodies (inspired by New England and Ireland) in union with emotive orchestral writing. Instrumentation: John Mock playing (guitar, concertina and mandolin) solo and with string orchestra Biography: John Mock is an artist and the sea and it's coasts are his muse. From New England to Chincoteague to Ireland, the Atlantic's beautiful coastline and quaint villages, it's wooden boats and whitewashed lighthouses, continue to inspire and inform John's art. He captures in music and in photographs the heritage of the sea. John shares this heritage with audiences everywhere through his elegant and unique concert presentations, and his solo CD, 'The Day At Sea'. Concert audiences enjoy John's casual narration and storytelling, which enliven the characters and places upon which the music is based. John's own photography is projected onto a screen behind him and provides a beautiful backdrop for the music. A native of Connecticut's eastern shore, John's work has taken him around the world. Widely sought after as a composer, arranger and multi-instrumentalist, he has worked with such notable artists as the Dixie Chicks, James Taylor, Nanci Griffith, Maura O'Connell, Sylvia, Kathy Mattea and Mark O'Connor. His orchestral arrangements have been performed by orchestras throughout America and abroad, including the London Symphony, the National Symphony and the symphonies of Atlanta and Nashville. John's credits as a composer and performer include commissions from the Nashville Chamber Orchestra with appearances as a featured soloist in a number of NCO concerts and recordings.

Here's what you say about
John Mock - Day at Sea.