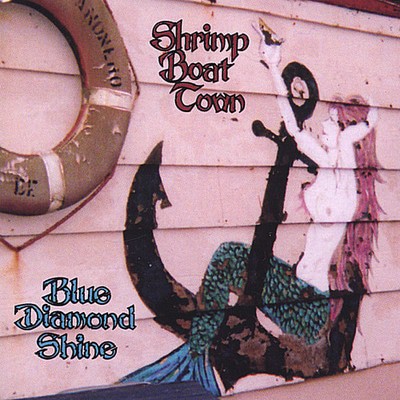 The music of Blue Diamond Shine is like a highway spanning the dry, shimmering deserts of the American southwest to the sultry, simmering gumbo of the gulf coast; rambling from the stark, wind-blown prairies of North Texas to the intense, spicy caldron of the Mexican borderlands. There is considerable musical acreage covered here. Western telecaster twang (courtesy of Eric Hisaw), dancehall pedal steel (Larry Tracy), South Texas polka, swamp pop melodies, Louisiana soul, and a dash of psychedelia to boot. Band leader John 'R.G.' Stark weaves these elements into a compelling sound with his deep, haunting baritone and a gift for sparse, evocative verse. As San Antonio Express-News writer Jim Beal put it: '(Stark's) lyrics forsake simple rhymes in favor of odd and haunting explorations of the human condition. Stark doesn't pull any punches with his words and those who listen will come away grateful for that.' The band has been described as roots noir, western surreal, and honky-tonk sublime, but the latest effort, Shrimp Boat Town, finds Blue Diamond Shine exploring the swamps and backroads of southeast Texas and southwest Louisiana. Soaking up the climate, culture, cuisine, and music of the gulf coast, BDS has plied these influences into the new record, a swampadelic tour-de-force. 'Blue Diamond Shine plays classic outlaw music based on the blueprint drawn by Johnny Cash.' -The Onion, Madison WS.