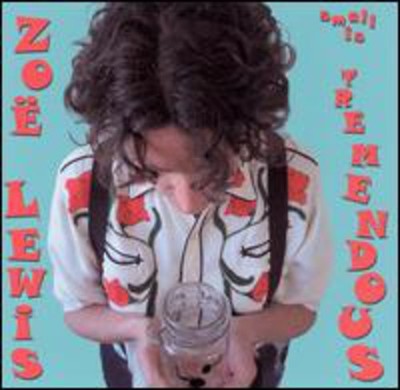 'No matter how large a box you draw around Zoe Lewis she never quite fits in it!' SAN FRANCISCO REPORTER ZOE LEWIS is a band in a body! She plays jazz, jump jive, latin grooves, swing, international folk, funk originals on anything from the piano to the spoons! Originally from England she now resides in Provincetown, Cape Cod. She has been wiinning songwriting competitions at festivals all over the U.S: 2003 COLORADO ROCKY MOUNTAIN TROUBADOUR WINNER 2002 KERRVILLE, TEXAS FESTIVAL NEW FOLK WINNER 2001 FALCONRIDGE FESTIVAL AUDIENCE CHOICE, NY She's toured all over the world picking up musical influences along the way, she plays a mean jazz piano, her music's upbeat and amusing and perfect for all ages yet sets listeners deliciously off balance with her quirky spin on things sneaking in simple, potent mesages leaving audiences worn out and inspired. ABOUT Small is Tremendous.... JAZZ, BOSSA, ZYDECO, FOLK AND LATIN GROOVES ALL BLEND TOGETHER TO MAKE THIS WORLDBEAT EXTRAVAGANZA! 11 FABULOUS TUNES RECORDED IN SEATTLE, WA, AUSTIN, TX, AND ON CAPE COD, MA LOOKING AT THE LITTLE, YET IMPORTANT THINGS IN LIFE; tadpoles, elephant eyes, ocean liner lounges, Fred Astaire and her infamous song that reveals what it's really like being inside a Snow White costume! THE INCREDIBLE MUSICIANS ON THIS ALBUM INCLUDE; ROXANNE LAYTON (from Mannheim Steamroller) ON RECORDER JULIE WOLF (from the Ani Difranco Band, Dar Williams, Catie Curtis, Bruce Cockburn) ON ACCORDION MICHAEL SHAY ON CELLO TIM MILLER ON DRUMS STEVE MOORE (Laura Veirs) ON TROMBONE PEPE DANZA and SYLVIE RICHARD ON PERCUSSION CO-PRODUCED WITH KATE WOLF 'Probably the most charismatic performer I've ever seen.: ACCESSLINE, IOWA 'She stormed the main stage playing everything from swinging folk to latin jazz to accoustic funk and sprightly celtic flavoured tunes. Her boundless energy was hard to ignore.: OTTAWA EXPRESS, CANADA 'A true artist with the uncanny abliity to uncover the extraordinary beauty in the seemingly ordinary.' BAY WINDOWS, SAN FRANCISCO.

Here's what you say about
Zoe Lewis - Small Is Tremendous.