Big Smith - From Hay to ZZZZZZ: Hillbilly Songs for Kids 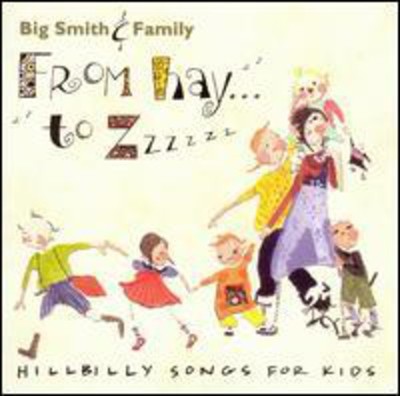 'From Hay to Zzzzzz: Hillbilly Songs for Kids' finds Big Smith looking not only to their own children for inspiration, but also up the family tree for songs that have been handed down from their ancestors, some songs that can be traced back at least five generations. The band includes their family on this release in other ways as well - parents, children, aunts and uncles, cousins and grandparents are all part of the recording. It is a generous portion of music - 42 tracks spread across two CDs, arranged so that playtime comes first, followed by a second disc of 13 lullabies to wind things down. Besides being a preservation of family music history, the album also features many new original songs - 10 of these songs were written by the boys or other family members. This is Big Smith's first solely self-produced CD, and was recorded, mixed and mastered at their home studios in Springfield and in the peaceful rural setting of Spokane, Missouri. New-found freedom in the recording process allowed new avenues of creativity as well. The soundscape is a virtual playground of homemade effects and studio experimentation. The CD package features original artwork by Rosie Arnold, augmented by pictures of the band when they were kids. Most importantly, the album is a pleasure to listen to. In contrast to the bland output generally aimed at children, 'Hay to Zzzzzz' has some musical and conceptual teeth. It's sure to please Big Smith fans, older, younger, and in between, and to win the band new audiences.

Here's what you say about
Big Smith - From Hay to ZZZZZZ: Hillbilly Songs for Kids.