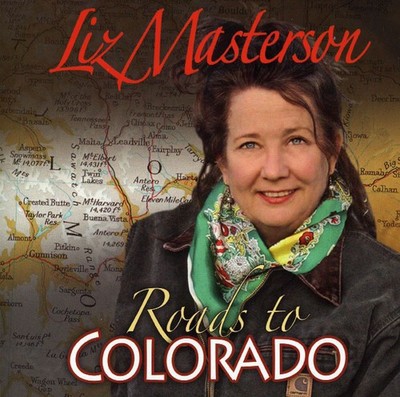 Since 1982, Liz Masterson has been a trail blazer in the revival of western music. She has been a recipient of the Patsy Montana Cowgirl Award and the Western Music Association's Female Vocalist of the Year. Her early career highlights include performances at the Smithsonian Institution with the legendary Patsy Montana. For 18 years, Liz toured and recorded with the late great Sean Blackburn. Together they traveled to 38 states & Canada and recorded 6 albums of western & swing music. Specializing in obscure songs from the 1930's and 40's by artists such as Patsy Montana, Elton Britt, Rex Allen Sr., The Girls of the Golden West and the Ink Spots, Liz and Sean's recordings revitalized the material and their family shows introduced it to a whole new audience. With concerts at Lincoln Center, The Kennedy Center, and the International Bluegrass Festival, they "set the bar" for performance excellence. Since Sean's sudden death in 2005, Liz, with the love and guidance of her musical friends, has found the strength and direction to revive her solo career. Roads to Colorado is Liz's debut as a solo artist. The recording showcases Liz's stunning vocals and yodeling. The 13 cut album features Grammy Award winning guitarist, Mike Dowling. Mike's rhythm guitar is the heartbeat of the album. Every song has the perfect pulse, and he has laid the foundation for the fiddle, Dobro, mandolin, accordion, acoustic bass and beautifully blended vocal harmonies. His masterful playing of the National El Trovador and Fender Jazz Master guitars enhance the music's vintage feel. \'Roads to Colorado\' includes songs about New Mexico, Montana, Arizona, West Virginia and the many hills and valleys in between, and the friendships made along the way. A great album about the lure of the road and the joys of coming home.

Here's what you say about
Liz Masterson - Roads to Colorado.