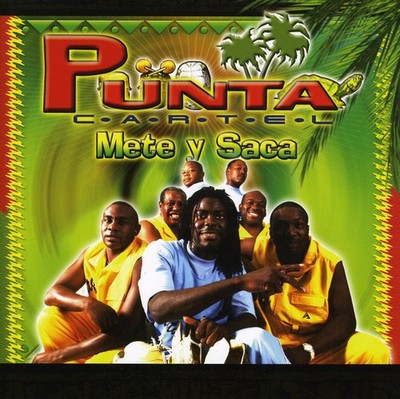 With much pleasure and pride, the record label Larios Music presents the new release of 'Punta Cartel' CD. A Musical Garifuna Group founded in the year 2000 with members from Guatemala, Belize and Honduras living in Los Angeles with the speciality of Reggea and Punta Rythmns. Punta Cartel are profesional and experienced musicans, who has appearred in important Television Shows such as: Telemundo on 'De Mañanita show' channel 52, Telehonduras channel 26, 'Hola El Salvador among others. We have appeared and performed in important cities, Las Vegas, Atlanta, Phoenix, San Francisco and Los Angeles, and more. Performing with great groups and solo artists of great magnitude like: LOS IRACUNDOS, TERRICOLAS, BANDA BLANCA, BANDA LIMON, ANICETO MOLINA,LEO DAN, SONORA DINAMITA,BABY RASTA Y GRINGO BIG BOY, Don CHEZINA, IVY QUEEN, with them, we have put everyone to dance in those cities, at the same time we have been recognized by the public with applauses. In each presentations artistic talent has been demonstrated. Punta Cartel's members has been in outstanding performing groups: GRAN BANDA, GARIFUNA KIDS, GARIFUNA LEGACY, IBAYANI BAND, GUIRIGA IMPACTO, FOREVER BAND, WANICHUGU DANCE COMPANY, SOUND INCORPORATED, AND SOUND CITY . With all mentioned above, we want you to form your own opinion and judge the efforts of these talented musicians whon bring you the Punta and Reggea rythmn. They now bring us this new album for tose who like the Afro Caribbean sounds, through the instruments, skills and professionalism well executed by 'Punta Cartel' enjoy the release of the the first Compact Disc. Larios Music and Punta Cartel have been united and hopes to acomlish your demand and good taste of Punta Garifuna.

Here's what you say about
Punta Cartel - Mete y Saca.