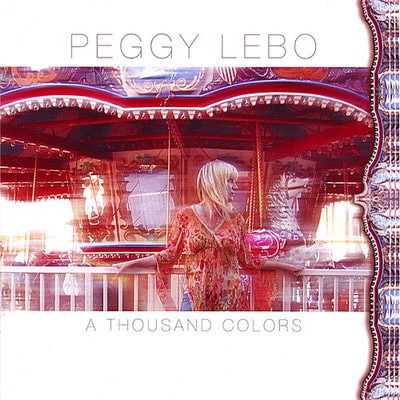 'Every now and then a respected songwriter steps from behind the scenes and into the performance spotlight, revealing untold depths of voice, artistry and star power. 'First Breath', the debut album by Peggy Lebo, marks such an event.' Divina Infusino- music journalist for major music publications (including Rolling Stone magazine) Award winning singer/songwriter, Peggy Lebo, most often compared to Sarah McLachlan, Tori Amos and Joni Mitchell, combines poetic, yet accessible, lyrics with elements of rock, pop and folk to create her own distinct sound. Lebo spent her early career in LA writing and singing national commercials and crafting songs for others. Her songwriting created hits including 'Celebrate', Elle Mac's hit which reached #3 on the Billboard Dance Chart and continues to air frequently on MTV's Road Rules and the song 'Now I See' which acheived international success as the title track and single released by Quincy Jones' artist Tata Vega. While driving to the studio, a semi-truck hit Lebo and pushed her down the freeway for more than a mile. Miraculously surviving, Lebo decided to spend her recovery time discovering her own voice as an artist. The result was her debut album 'First Breath' with it's heartflet songs, flowing melodies, strong hooks and lyrics that speak of transformation, heartbreak and finding love in the most unexpected places. 'Sleeping Beauty', the single from 'First Breath', received radio sirplay in California and New England and reached #1 on the MP3.com Folk-Rock Charts. 'Lay It Down' (track 11)also reached the top ten, peaking at #6 and 'Sacred' peaked at #9. Also, 'Turning' (track 9) has been released by Bold C Records on 'Brave Love', a compilation of international female recording artists. Most recently Peggy just released her second album 'A Thouand Colors' which is receiving great reviews and radio airplay on local and national radio stations.

Here's what you say about
Peggy Lebo - Thousand Colors.