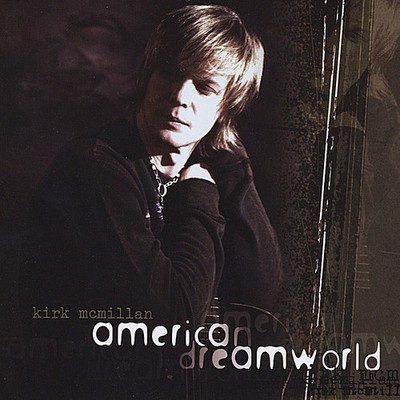 Kirk McMillan never meant to be a songwriter. Even though Kirk was thriving at his job in his families business in Atlanta, Georgia, he felt strongly that his life was missing something. He couldn't put his finger on what it was until one day, he was walking in Memphis with his younger brother Matt. "We stopped to listen to this guy play guitar on the street," Kirk says from his Atlanta home. \'In that moment it hit me. I told my brother. You know what? That's what I need to do. I don't know if I wanted to do it, or needed to do it, but I had to." McMillan came back, bought a guitar and started taking lessons. Within a year he wrote his first song. I remember the first moment of the first song. I was watching the world differently. I began to see things from a songs perspective. This must be how songwriters see things, and that is where the song came from. It was a moment I knew I needed to sing. As Kirk went on to write, every experience became something he could latch onto and turn into a song. This became his saving grace, This filled his void. In a sense it also became the essence of his first record American Dreamworld. "I was not happy doing what I was doing, I looked at myself in the mirror and new I needed a change. That was the inspiration for the record. It's clear to hear where Kirk McMillan is coming from. With songs like corporate cross, you hear the struggle of looking at your threshold of sanity knowing something has to give way. "Clinging to the ladder of the corporate cross." It means there is always a sacrifice for the family business, but one gets to the point that more is needed, and you have to let go if things are going to change. It took 6 months to make the record that it took 6 years to write. This record is the outcome of a significant changing point in his life. Music chose him. He never chose it. When his family found out he was heading in a different direction than the business they had all grown into, they were shocked, but chalked it up to nothing but a hobby. It wasn't until they heard the finished record that they knew something was special here. They agreed, this is what he was meant to do. Kirk, who is still living in Atlanta, still working for the family business is taking his life in a new direction with his debut release. But that is not the only thing that makes Kirk stand out. About a year and half ago Kirk started working with a children's charity called Creative Community Services and became a Big Brother for Big Brothers Big Sisters. He felt the pull to make a difference and do more. "There is just so much that needs to be done. There is so much lacking. From the basic food and water, to things like eyeglasses, or even a friend. My goal, if I had my wish, would be to combine the audiences I garner from my music and bring them together with children charities in their community. If we can make a difference with just one person or make one dream reality....that would be worth while." Now, Kirk has made it reality with his creation of kirk4kids. This is Kirk McMillan. This is his honest truth. More info about Kirk: I wear two things around my neck, a cross and the dog tags of Alexander Heath (Army 1944) to remind me that there are people willing to die for things they believe in. I enjoy discussing politics and religion because we all need someone to blame and we all need something to believe in. I prefer a tall coffee with cream and sugar, over a double-grande, non-fat latte with whipped cream. I know I'm an aquarius, but I don't know what that means. I love the outdoors and talk about camping, but never go, and I can't keep plants alive. I am an equal opportunity eater, both carnivore and vegetarian, and I love to cook. My recipe for relaxation: 2 shots scotch, 1 cigar, 1 vinyl record. My favorite yoga positions are "happy baby" and "child's pose". I have a dog and a cat, but prefer dogs (sorry Maizey). I believe we can make the biggest improvement on the world by focusing on children. Lastly, I would be happy being content. Kirk McMillan must be able to see into the future. With his debut album American Dreamworld, Kirk McMillan brings a new perspective to current issues facing America. American Dreamworld is a journey, and not a destination meant to spoon feed the listener, as it questions the mind of America while we hang to the corporate cross. Instead, Kirk walks the fine line of blending flash point topics into catchy choruses and full flavored melodies while American Dreamworld dares the listener to have the courage to make a difference.

Here's what you say about
Kirk McMillan - American Dreamworld.