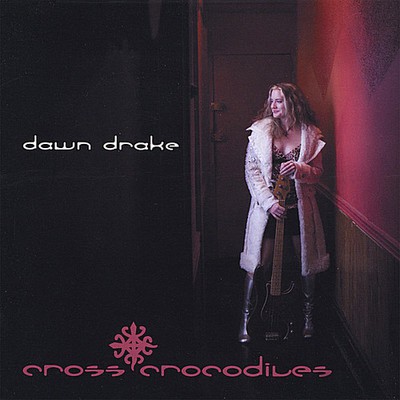 'Dawn Drake and her band ZapOte are at the beginnings of a fascinating journey to enthusiastically bridge chasms of cultural and gender disconnect that plagues so much of pop music's body politic. To hear them is to imagine early period jam sessions between Laura Nyro and Carole King with Sly Stone and Sergio Mendes sitting in. Theirs is a playfully intense dynamic that needs to be seen more.' -Darrell McNeill, Black Rock Coalition Director of Operations & CURATOR OF BAM Café LIVE, Brooklyn Academy of Music Dawn Drake is a multi-instrumentalist and singer who writes eloquent yet accessible music for the groove-loving listener and dancer. An active musician in New York City's African, Brazilian and Latin music scene, she is known as an electric bassplayer and percussionist, and most recently, a singer-songwriter, composer and bandleader. She offers a lot to the stage with her inspired lyrics and her ability to combine all of the elements from her eclectic palate of musical experiences. Originally from Virginia, Dawn first began playing piano at age five. She later studied West African drumming at UC Berkeley and at the University of Ghana, West Africa where she lived for a year. Upon moving to New York City, she started to study the bass, and promptly had her debut with a rock band called Buttershack, who played next door to Los Lobos, Willie Nelson and others in clubs in and around NYC. She was featured in Rockrgirl magazine as a bassist soon after. Dawn continues to play bass with groups in NYC, which have included The Femm Nameless, who opened for The Roots and who toured internationally; Jojo Kuo, former drummer for Fela Kuti; Páprika who has opened for Patti LaBelle and Toshi Reagon, and Manmzel, who hit the charts in Haiti, French Guyana and Martinique with their album entitled 'On the Beat'. Dawn is also an accomplished percussionist. She has studied congas and batá in Cuba, and samba percussion in Brazil, where she played in Rio de Janiero's Carnaval. She has shared the stage with Me'shell N'degeocello, Cyro Baptista, Trey Anastasio, Mo'Guajiro, Los Jovenes del Barrio, Kokolo, Jorge Alabê and members of Antibalas. She has appeared on The CBS Early Show, Telemundo, PBS, WBAI, and played stages such as Symphony Space, SOB's, The Zinc Bar, Rockefeller Center's Rainbow Room, Radio City Music Hall, The Walker Art Center, Michigan Womyn's Music Festival and the New Orleans Jazz Festival. She has also appeared in The Village Voice, Park Slope 24/7 and GO Magazine. Dawn's original music is the result and culmination of her musical experiences and her ability to write poetically. Always at the core of her songs is a danceable groove. She weaves Latin, African and Brazilian rhythms with Funk and Pop, creating a new sound that is undeniably her own. Dawn and her band, ZapOte play her original compositions sprinkled with latin, Brazilian and American classics. They are quickly making their way onto the national and international music festival circuit and touring scene.

Here's what you say about
Dawn Drake - Cross Crocodiles.