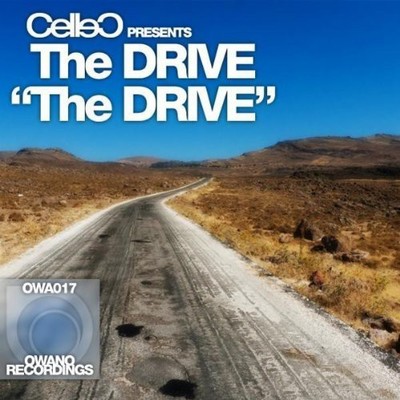 Drive is the latest, hottest, and magically delicious rock & roll 'super group' to come out of Chicago in years. This team has been working so hard this year; they have earned the reputation of, 'an American band serving Americans.' Their legions of fans throughout the Midwest have been unbelievably loyal and gracious. 'Many of them have come out to see other bands on the bill and leave with a copy of our record,' says Greg. The band is consistently asked, 'When are you guys coming to our town? We'd love to see you again.' The answer is, 'We are ready and able to fully serve all of America, but you might want to check our website for tour updates.' They were also crowned, 'Chicago's loudest band,' by a survey of live sound dudes. Frank (the sound guy) at Chicago's fabulous Elbo Room recently said, 'Their stage volume is off the charts. It's so loud, I got nothing.' Bauer hails from Cincinnati, Ohio and believes in music as a way of life. He provides the band with strong melodic vocals and finger sizzlin' guitar shreds. His uniquely styled voice makes women cry and dudes dress like him. As a youngster, both Lynard Skynard and Kiss provided him all the inspiration he needed to become a master rocker mo' fo'. He came to Chicago in the early 90's and immediately became that awesome guitar guy that nobody knows. 'Who is that guitar chief?' A common question overheard at many of Bauer's first Chicago sets. Scott grew up on the northwest side of the city. He was born with a lop-sided head, which immediately forced him to sit with other 'odd' rock fans on the school bus each day. He soon modeled his chunky guitar style after such groups as AC/DC and Iron Maiden. Later in his life, he worked very long days laying tile and wood flooring. Now, he either pours you one of his patent pending drinks, or rips a solo on the ax that makes you wet your pants. Don't worry ladies; he still has his kneepads. As a child Col-J was inspired by his father's musical prowess. There were many long weekend jam sessions at the house with his parents 'stoner, be-bop, NPR listening' friends. The musical splendor almost ended in the third grade was Col-J was struck by a car. 'It took the grill of a Ford Grenada to smack me in the forehead to realize that life should be lived to it's fullest,' says Col-J. 'I first learned to play guitar, but then changed to playing bass. That way I only have to play one string at a time.' After failing miserably out of college, Col-J started twit ling knobs as a recording engineer. He then joined Drive and rumbles venue floors all over America. Greg's father was also a giant influence on him. His dad made a fantastic 'jazz stew' on the tubs with sticks and brushes. Greg soon realized that playing drums gave him superhero powers. 'There was a girl in sixth grade that wouldn't go out with me. Then I played along to a 'Rush' song in the talent show and she couldn't get enough.' The relationship however, took a turn for the worse when she found out Greg was a chronic bed wetter. 'Rubber sheets aren't that hot,' says Greg. At least he sweats most of it out during their live shows. To summarize, if you like to get in your car; hit the gas and peel out, then Drive is for you. Think of it as ass kicking; take a road trip, cruising music with enough power to put a NASA rocket to shame. Their music appeals to 'real' rock fans that don't believe in fake crap. So pickup your six pack of PBR, your hitter box, and your Popeye's 2-piece dinner and let's ROCK...

Here's what you say about
The Drive - Drive.