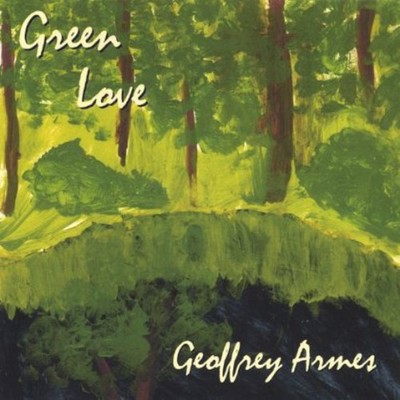 Singer/Songwriter Geoffrey Armes grew up in multiracial Brixton with reggae on the streets, pop and art music at home. Born in Bristol, but 'environmentally a Londoner' says Armes, he was blown away in Brixton market one day hearing reggae hit-record 'Monkey Spanner' followed in quick succession by the Byrd's 'Chestnut Mare' and CSN's 'Marrakesh Express.' By fifteen, having been introduced to the music of Gordon Lightfoot, he had fallen in love with the acoustic guitar and the singer/songwriter form. Another huge influence was the Celtic harp of Allan Stivell. Coming of age in the music-scene of late seventies/early eighties London, Armes retains the independent spirit of that era to this day. Jamming with Reebop Kwaku Baah (formerly affiliated with Traffic and Dizzy Gillespie) gave him an education in the value of polyrhythmic groove as well the beauty of hand drumming. Embroiled in the city's pop scene, he formed 'The Duplicates,' an improvising jazz/punk band whose members' credentials included the Soft Machine and Third Ear. 'We referenced Can, Jon Hassell and West African Highlife, as well as PIL and Einstuerzende Neubauten,' says Armes. 'We recorded in Camden Town, sharing studio space with Dave Stewart and Annie Lennox, where some of the sounds we conjured ended up on their 'Sweet Dreams,' album.' A move to Berlin kept Armes growing and developing. In tourist halls he learned stage-craft, playing a mix of covers and original material. He composed and performed music under the auspices of The British Council, created sound-montages for the expressionist painter Ter-Hell, and wrote music for the local Contemporary Dance community. Upon his return to London, and then later in New York, he continued in that field. Martha Graham, Paul Taylor, and Merce Cunningham are amongst the companies he regularly works with. 'I improvise using keyboards and percussion, as well as guitar. ' His dance class CD, 'Habibi Stretch and Breathe' sold out. He composes for independent choreographers and has been called as a session player by producers such as Tom Desisto, Butch Jones, Bernie Worrell, Fred Schneider, Frankie Knuckles, NEC Computers, William 'Space' Patterson, and others. A producer and engineer himself, Armes creates recordings for other artists in his home-studio. Armes has studied and played music from the Sahel and Northern Sahara, and this can be heard on his recently released CD, 'Green Love.' This is even more apparent in live performance, when percussion accompanies Armes' voice and Gibson 12 and 6 string guitars. Sometimes language fails in these sessions and Armes resorts to wordless vocalisations eerily reminiscent of the Muezzin tower. 'Green Love' is a dreamy, ambient, Sufi-Celt set of folk songs, dominated by Armes' guitars, non-intrusive keyboard, and a Nigerian clay drum. A couple of tracks feature djembe, talking drum and dumbek. 'In some way it's a musical return-journey, back to the world of the acoustic singer-songwriter that first inspired me to play,' says Armes. Judging from the response of audiences, it's a winner. Howard Gotfryd's review: '...one of those great players who can set up a wonderful groove in a song and keep it going, so one is absolutely drawn in and compelled... he has listened to his share of raga in his time, and his singing voice conjures up images of--I got it!-- a cross between the younger George Harrison and Bryan Ferry, yet... distinctly his own, at once authoritative and full of whimsy and longing.'

Here's what you say about
Geoffrey Armes - Green Love.