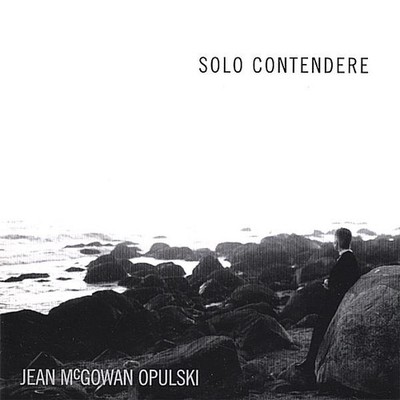 ABOUT JEAN: Jean McGowan Opulski has ben enraptured by music since receiving her first guitar on her 11th birthday. After two years of formal voice training, she began writing and performing originals in high school, where her choir director would showcase her work during school concerts. As a high schooler, she also began singing professionally as soloist for wedding ceremonies and was working in clubs by age 21. Over the next 15 years, her name became familiar to New England audiences as she performed with the bands Scotch & Soda, Justin Case, Baby Grand Larceny and Rosewood. Jean has performed in musical theater, with featured appearances in Serenade of the Sand and Girl Crazy. For In White America, she acted as the narrator and created and sang a musical piece unique to this production. She also starred as Reno Sweeney in Anything Goes. All Fired Up, her first recording project in 1976, which she co wrote and co produced, was the beginning of her love affair with studio work. Since then, she has done extensive lead and back-up vocals for other area artists. A tape of originals by Scotch & Soda, entitled A Chance To Sing, was released in 1983 and got significant airplay locally. One song from this tape, Can't Get You Out of My Mind, received an Honorable Mention in a national songwriting contest sponsored by Sylvia and Kentucky Fried Chicken in 1989. ABOUT SOLO CONTENDERE: As the title of her new CD implies, Solo Contendere is Jean's first solo endeavor. The title is also a playful reference to her day job as a court monitor these past nineteen years with the CT Judicial Dept. Solo Contendere cannot be categorized into any particular genre. Two wedding songs were written by Jean's mom and on one, Jean's sister harmonizes with her. Her dad, along with the Manchester (CT) Pipe Band, plays bagpipes on another, a tribute to Scotland. Jean's son, though now 22, is highlighted on another but as a child. Her husband plays accordion on another Scottish song to honor Jean's grandmother. Solo Contendere incorporates bagpipes and flutes, saxophones and harmonicas, choirs and slide guitars, mandolins and djembe drums, violins, cellos, violas and fiddles. A little bit of country, a little bit of blues, a love song, some folk, a touch of tropical island rhythm, some Christian contemporary, some R&B and some which fit no category. This compilation is a rainbow of colors. Each song comes from Jean's heart and soul and she knows that there is at least one song out of the 15 that will touch you.

Here's what you say about
Jean McGowan Opulski - Solo Contendere.