Nicole Collins - Not This Time 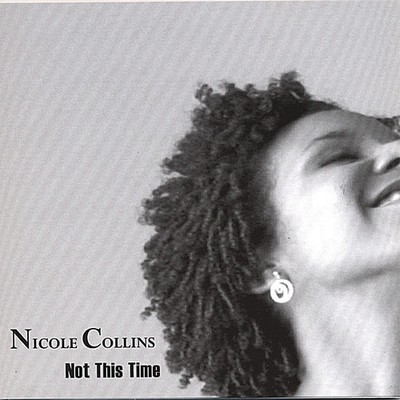 Maybe you heard her and the band rocking Greenwich Village. Or you wandered into a Brooklyn café to find her enchanting the crowd with just voice and guitar. Or lush vocals and clever lyrics on the airwaves gripped you: 'Who is that?' Who, indeed. If there were a simple answer, singer/songwriter Nicole Collins - an anti-cliché mélange of rock/pop, soul and folk - might not be such a fount of raw introspection. 'It's true, I helped you build this pedestal I'm stranded on,' she declares in her fiery anthem 'Just Listen.' 'And it's true, my calls for help wore the veil of nonchalance...' Needless to say, hers is no simple story. It begins with impromptu renditions of Top 40 hits as soon as she could speak. While strangers were amused and impressed by her spot-on delivery, her parents learned that kids also sing the darnedest things: 'Spank me, whoop me, let me come back home,' à la Ray Parker Jr., for example. By age 10, she was making waves in talent shows, musicals and choirs - and training as a violist. The love affair was crystallized in high school, as she toured the nation as an actress and songstress in the play 'Carved in Stone,' discovering the power of her voice on the masses. Nicole followed her dream to New York, creating a niche all her own ('pop/rock with soul,' she calls it) and releasing her self-produced debut, 'Leave It Behind,' in 2004. Since then, she's left her mark on stages from the New York area - The Bitter End, Rockwood Music Hall and Central Park among them - to the South and Midwest. On the other side of the world, she's traveled to Germany, France, Spain, and Denmark, where she performed at Tivoli Gardens (capacity 3000+). Along the way, her tunes have taken off on national airwaves, Internet radio and TV. Her sophomore effort, 2006's 'Not This Time,' rose to the next level with polished arrangements to set off her stunning voice and intensely personal lyrics: 'The sun has come out again, I'm learning to laugh again, and everyone's stopped asking if I'm all right,' she grieves in a live recording of a soul-baring ballad. '... So it's not a lie to say I'm doing fine.' Fast-forward to 2008: With her tour tapering off, NC is hunkered down with her guitar, conjuring up her next project. When not behind the mic, she can be found racking up the miles on the park's running trails. A few highlights from her career: • Collaborating with Alain Nkossi Konda, the Afro-pop artist/producer and John Lennon Songwriting Contest winner, Nicole worked her vocal magic in 'I Will Sing,' by world-famous soukous artist Kanda Bongo Man. • She won honorable mentions in the 11th Annual Unisong Awards for her rock/alternative hit 'Brooklyn Bound' and her acoustic/folk ballad 'The Edge.' • NC's recording of Alain's song 'Fading Spirit' was featured on the Diaspora for Africa, a U.N- backed project raising funds to end world hunger. • She has been featured on '15 Minutes of Fame,' a New York TV show, and Yleisradio, a Finnish TV station with 5 million viewers. Contact: (718) 637-3159 / [email protected]

Here's what you say about
Nicole Collins - Not This Time.