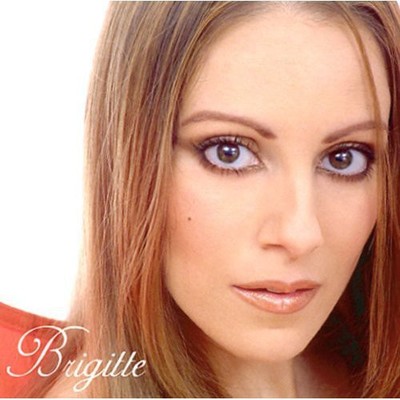 The Songbird Brigitte Marie Valdez, an exotic mix of Greek, Spanish, Italian, and French blood, was appropriately born in the movie capital of the world, Hollywood, California; raised in the desert oasis of Palm Springs and is presently fulfilling her lifetime dream; entertaining audiences---which she's been doing since she was old enough to stand on a wooden bench in her living room; belting out notes to songs while mimicking such artists as Barbara Streisand, Whitney Houston, Sandi Patti, Aretha Franklin, Mariah Carey and Celine Dion. And, with very little effort, this diminutive songbird has captivated her listeners over the years with the pristine gift she attributes was divinely breathed into her by God. Every note, every tone and every lyric that rolls off her tongue is a testament to her Lord and Savior and no matter where her engagements take her, she can still be spotted taking her place in the local choir on Sunday mornings. Brigitte has toured the United States and abroad, performing in over 30 sports' arenas, for various major conventions and as an opening act for names such as Neil Sedaka, Suzanne Somers and Michael McDonald, and Craig Chaquico and Michael Linkton. 'Legends in Concert,' the world's longest-running and ultimate impersonation extravaganza, has kept Brigitte very busy since 2002 as she has used her world-class voice to take on the persona of the electrifying Celine Dion; unveiling yet another talent hidden within her---acting. In an industry where imitation is considered the sincerest form of flattery, Brigitte paints the most definitive portrayal of Ms. Dion and showcased it originally on Dick Clark's 'Your Big Break' at the NBC Studios in Burbank, California. And, more recently, she appeared on and was voted into the semi-finals of one season of the highly acclaimed T.V. show entitled, "The Next Best Thing." These international breaks led her to other dynamic destinations such as Las Vegas, Atlantic City, Branson, Myrtle Beach, Florida, Lake Tahoe and Osaka, Japan. Performing live, however, is not Brigitte's only forte. When she steps foot in a recording studio and stands in front of the mike, she becomes mesmerizing. She's at home. She puts her heart and soul into every song and is cleverly known as 'ol' one take.' She has had several solo releases at Paramount Pictures and Warner Brothers in Los Angeles and has recorded many radio and television commercials played throughout her home state. Brigitte has recorded three albums, two of which are available for purchase through this site. Her self titled album uniquely and tastefully incorporates her diverse ethnic background with a commercial pop sound. Her newly released CD of spiritual songs, entitled "Tribute," is a collection of beautiful classic hymns seasoned with a couple of her originals. These recordings capture the true essence of Brigitte including ingredients like faith, love and devotion to God, family, and friends; as well as a passion for life and blessing others with her gifts. These days, Brigitte wears many hats but positively the one she is most honored, blessed, and impassioned by is being mother to two beautiful daughters who inspire and give her a song to sing everyday!

Here's what you say about
Brigitte Valdez - Brigitte.