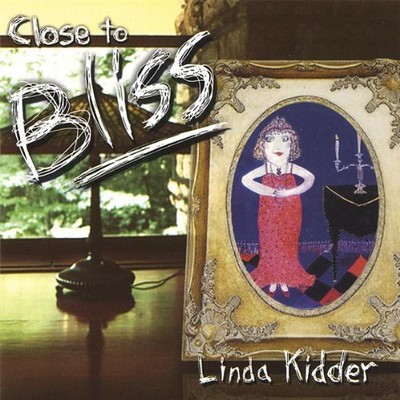 Linda Kidder, a true Vancouverite, has spent her life as a musician, singing, playing and writing. This versatile woman has sung hundreds of jingles for radio and television. In addition, Linda has sung on albums for Rita MacNeil, Gary Fjellgaard, Bon Jovi, Susan Crowe and Connie Kaldor, to name a few. Linda has toured throughout the world with Gary Fjellgaard, Michelle Wright, Ian Tyson, the Good Brothers and performed with such greats as Bob hope, Jane Siberry and Roy Forbes. Linda has been nominated several times by the the BCCMA, the CMA and the Juno's for vocalist and bass player of the year. Linda has won eight Duo of the year awards with Gary Fjellgaard for B.C. and Canada. From 1992 to 1994. Linda sang with kd lang on her Ingenue tour appearing on Letterman, The Tonight Show, MTV Unplugged. The Grammy's, Radio City Music Hall and performed over one hundred concerts. In Europe, Linda played Albert Hall and Hammersmith as well as numerous television and radio programs. In 1998, Linda completed her first CD entitled Mom and Me. With her mom on grand piano and Linda's glorious vocals, they captured Gershwin, Rogers and Hart, Mercer, Kern and Hoagie like no others. The CD has experienced great success, having been picked up by a number of radio stations across Canada. Also in 1998, Linda discovered the theater stage and has since starred in seven productions. Presently. Linda performs concerts featuring the songs off her new CD, 'Close to Bliss' and plays with several artists including Gary Fjellgaard, Norm Foote, The Rockin hoodoos, Shirttail Relatives, Janis Janus and Leonard and Sample. Linda and Norm Foote are writing a musical comedy about a girl and her dog. As well, Linda does session work for jingles and album projects. As a long time respected musician, Linda Kidder is ' A Charismatic performer with the voice of an angel....an asset to any situation.' This is a quote from Ernie McNally From The Haven, which is where we performed the first CD release concert: ...imagine settling into a comfortable chair, warmed by an evening fire, and sharing a quiet smile, an easy laugh, and relaxed conversation with good friends.  Now imagine putting it all to music.  You now have a glimpse of the spirit, voice, and song of Linda Kidder--an extraordinarily talented woman who writes from her soul and sings from her heart.  Her concerts are a joy, and her new CD will remind you why you love music.  Listen soon, remember often, the pleasure is all yours.

Here's what you say about
Linda Kidder - Close to Bliss.