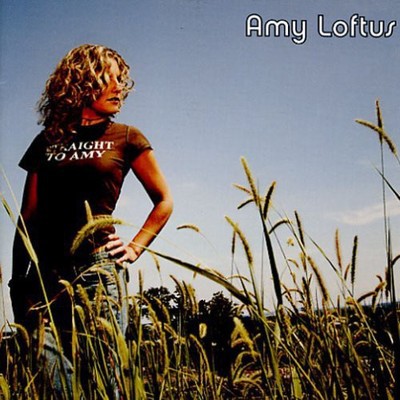 About Amy Loftus, Nashville Scene recently wrote: 'She is that rare find who sounds fully developed on first blush, offering tender songs that barely hide her anger and angry songs that cut with tender empathy.' Although Amy herself isn't so sure about the anger part of that praise, her growing legion of fans definitely feel the tenderness part, 'cause people tend to fall in love with Amy Loftus. She's beautiful, and that certainly helps in this business, but it's Amy's gift for melody that really gets under your skin. Songs like 'Cavalier', which was a finalist in the 7th annual CMT/NSAI Song Contest, instantly hook into your brain, leaving you wanting more. Raised in Chicago (alumni of nationally heralded Second City), and trained as an actress and a dancer - she did her time in L.A., chasing the Hollywood dream - Amy moved to Nashville because 'it's the music that brought me here, the sense of reverence for the song and for songwriters.' Armed with a degree in art and no desire to paint, in 2001, Amy began teaching herself how to play guitar. In 2003, she began playing solo shows and working on demos with Will Kimbrough that led to her first independent album, 'Straight to Amy', released in 2005. Shortly after that, Amy was named 'Best New Singer/Songwriter' by the Nashville Scene. The song 'Work to Do' placed third in the International Songwriting Competition, (hailed by the New York Times as "the songwriting contest to take note of"). 'Better', a full length album recorded live to two track analog with engineer/producer Lij, followed in 2007. Amy is not a live act to be missed. One reviewer wrote: 'It's a rare thing in LA to have a bar full of people shut up and listen. A voice as hauntingly soul-stirring as Alison Krauss'. Amy is currently out there in America supporting the release of her new EP FIREWORKS.

Here's what you say about
Amy Loftus - Straight to Amy.