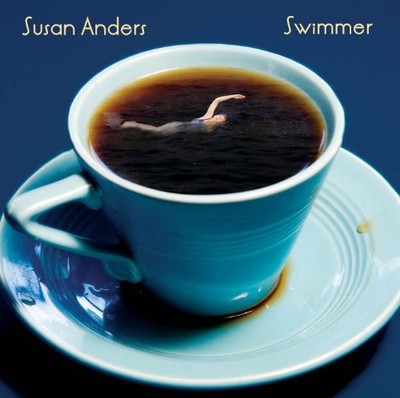 In 2009 Susan Anders had a six-month bout of writer's block, followed by unexpected major surgery. While recovering, the bulk of the songs for Swimmer poured out of her-- she calls it her album of 'Swimming in mid-life stuff'. Susan had spent the five years since her last album inhabiting other characters while writing country songs, but after her health crisis she was drawn to more personal reflections. The result is Swimmer, an album of songs with adults themes like transcending a rocky childhood, job search burnout, aging gracefully, depression and recovery, and the highs and lows of long-term relationships. Musically Swimmer veers from Americana to acoustic pop to jazz, all anchored by what The New Yorker has called 'a soulful, commanding voice'. Some of the album's highlights: 'Love Beats Time', an ode to enduring love that features dobro god Jerry Douglas, the haunting 'I Can't Fix You', where Susan is joined by Maura O'Connell, and the joyous 'I Forgot I Was Strong', a collage of groove-happy vocals. Other musicians on Swimmer include Nashville aces Vince Santoro, Dave Francis, Jim Hoke, Dennis Wage, Kirby Shelstad, Mark T. Jordan, Roger Morris, and Rusty Russell. Backing vocals are by singer-songwriters Dana Cooper, Pru Clearwater, Morgan Bracy, Ronnie Kimball, Vickie Carrico, Kathy Hussey, and Barbara Santoro. Adding guitar and percussion is Susan's husband Tom Manche, who co-produced the CD with Susan.

Here's what you say about
Susan Anders - Swimmer.