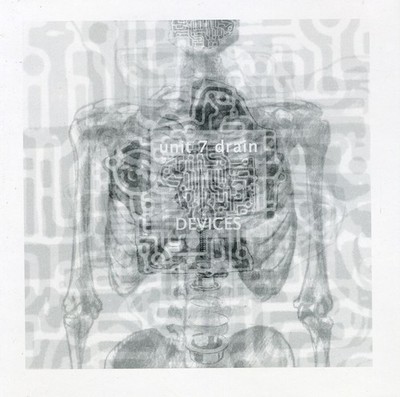 From Albuquerque, New Mexico USA Unit 7 Drain is a rock band, but not a leather jackets, cheap beer and flaming guitar solos kind of rock band. They're more like a Fred Rogers style sweater wearing, cheap wine drinking, and keyboard heavy outro type rock band. They are a four piece, and in their three-year's existence they have become very recognized in Albuquerque and New Mexico for music that you can't quite describe or categorize. However, in some categories they have been placed. The music editor of Albuquerque's free weekly, Alibi, continues to describe them as neu-wave, while another person called them speed-Cure. They have been called original and interesting, and at the same time, cacophonous and misguided. But one thing is for sure, with popular music stuck in a state of homogeny they are taking the risk of not catering to a trend or a certain audience. At their shows, one may feel bliss one second then discomfort the next, or first sadness then happiness. The aim is to reveal the disguised parts of existence, the parts that are hard to see or so sad that most people ignore them. It's about the people who find love in TV or things bought at the mall, never knowing true love, their simple lust being reinforced by advertisement. It's about all the death of real life, a bankrupt culture, the drones who live in it and the people who are still alive and facing the horrors. That is the essence of Unit 7 Drain, bleakness, blackness, yet the hope for something better while gaining pleasure from it all, and they do this in an awesome, unconventional rock n' roll way, and they do it a lot. Playing more than average, with sometimes three shows in a week, but at least three shows a month, they have played from a moving trailer, opened up for a drag cabaret, and spent months practicing in a tool shed, their policy being that they play anywhere. As well, they have played all over the north and southwest. In the past three years they have released a self-titled EP, their Socyermom Records debut LP, 'Red Halo,' and a song on the Socyermom Records compilation, Ouch. Thus, they also play in people's houses and cars, but only on disc. So have a listen to Unit 7 Drain and you will listen to the teeth of nothing.

Here's what you say about
Unit 7 Drain - Devices.