Halls of the Machine - Atmospheres for Lovers & Sleepers 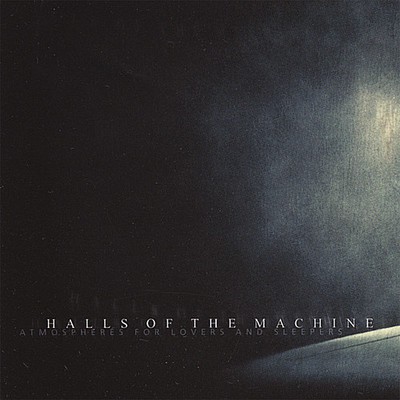 Guitarist Mike Graff and drummer Michael Jerome, formally of the post-industrial rock band Course of Empire, surprise their long-time fans with an album of ambient instrumental music. Atmospheres for Lovers and Sleepers, the seductive, hypnotic debut from Halls Of The Machine, evolved organically from their previous group. 'I was intrigued by the idea of making a record designed to be listened to between wakeful and dream states' Graff says of his ambient endeavors with Halls Of The Machine. 'Industrial music had sort of run it's course, and all of the loud, heavy groups seemed to be splitting up, so we wanted to go in the complete opposite direction of where we had been.' The project reflects Graff's earliest influences as a composer. While a film student at Southern Methodist University in Dallas, he began writing and performing music to score ambient videos he made. His music took off faster than the ambient video art form, and with Course of Empire, 'each record had a track that was atmospheric, as opposed to the heavy industrial sort of stuff', says Graff. Graff and Jerome sketched out the basic tracks for eight of Lovers and Sleepers 10 songs in one day during the summer of 1999. With recordings in hand, they approached producer and composer Van Eric Martin, one of Jerome's long-time friends and former collaborators. At the time, Martin was composing music for Contemporary Dance/Ft Worth in the same keys, and with similar melodic movements as what Graff and Jerome had already recorded. 'When they played their tracks for me, I was immediately able to jump on the piano and play along. It was bizarre for them, being the first time I heard their ambient music, and my first time to meet Mike Graff.' During the next two years, the three worked during breaks in Jerome's touring and recording schedule with singer-songwriter Richard Thompson, James Hall, and the soulful gospel group Blind Boys of Alabama would . Meanwhile, Martin and Graff remixed tracks for German industrial group Weissglut. Nevertheless, their shared artistic vision was clear. Cinematic drama shaped Graff's melodic heart, while space and movement influenced Martin's atmospheric accents. Jerome interpreted techno-style rhythms through acoustic instruments with influences ranging from Radiohead, to Japan's Kodo Drummers. Standout tracks such as 'Satie II' and 'Tension' reflect Graff's love of works by composer Erik Satie, while opening cut 'Shadows on the Moon' recalls the spacey guitar stylings of early Police. 'This is something that I escape with' says Jerome of Lovers and Sleepers. 'I turn everything off and enter a world of pure instrumentation.' -Catherine Cuellar NPR Dallas.

Here's what you say about
Halls of the Machine - Atmospheres for Lovers & Sleepers.